Whether it’s in front of the TV or on the go, spend some time with Asuka and Yumi in the Senran Kagura dating sim for Nintendo Switch.

The extremely challenging boss gauntlet from The Game Bakers will see a future release on Nintendo’s home console/handheld hybrid. 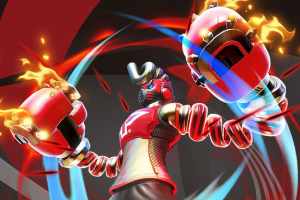 One of ARMS’s hidden bosses is now a playable character courtesy of another free content update.

After a handful of delays and compatibility issues, Nintendo fans will finally get their hands on Playtonic’s Banjo-Kazooie successor in two weeks.

Almost two years after its initial announcement, the physics-based Fighter Gang Beasts is finally heading to the PS4 next month.

The latest iteration of Arcana Heart 3 finally comes overseas for a Steam release this holiday season.