CES 2017: Acer Predator 21 X Priced And Dated For Next Month

For those who won’t miss a couple grand, Acer’s beastly Predator 21 X gaming laptop will be ready for launch this February.

Last Fall, PC OEM Acer revealed their most ambitious laptop yet- the Acer Predator 21 X. One of the largest “laptops” on the market, the Predator 21 X features a massive 21″ curved panoramic screen with G-Sync support, eye-tracking and an output ultra-widescreen resolution of 2560×1080 . Beneath the screen sits a no-compromise full-size mechanical keyboard with an interchangeable number-pad/keyboard tablet. What the laptop lacks in true portability, the thick Predator 21 X chassis boasts a 7th generation Intel Core i7-7820HK CPU, two NVidia GTX 1080 desktop GPUs running in SLI, with multiple SSD storage options and room to expand the RAM up to 128GB. A feature not found in most laptops, the 21 X also sports a windowed panel allowing owners to access the RAM slots and one of the 2.5″ drive bays.

After four months of social media buzz, Acer has finally revealed the base price of the Predator 21 X on the eve of CES 2017. Frugal PC gamers run and hide; the list price starts at $8,999, increasing with higher storage options. Acer has not elaborated on the base storage option or the pricing for each upgrade tier, however potential buyers- the few who can afford it- will begin with 64GB of DDR4-2400 RAM; the Predator 21 X chassis will support a maximum of four 512GB SSDs and a single 1TB HDD simultaneously. 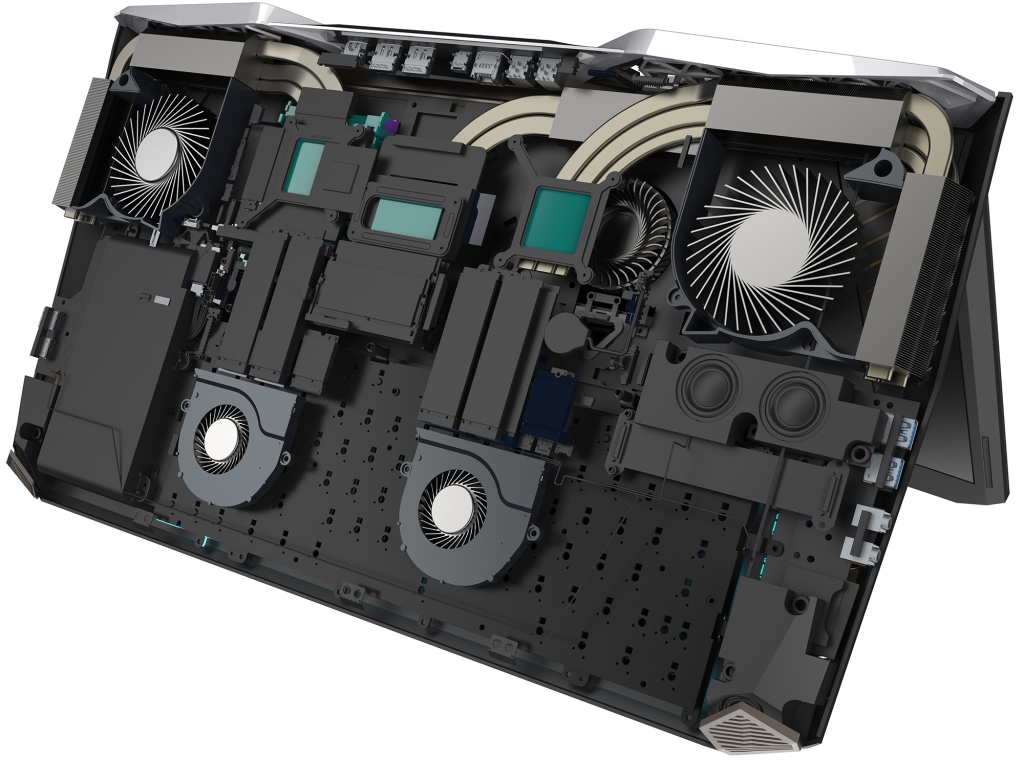 The $9,000 Acer Predator 21 X will begin shipping in February. An official release date is expected to come later this week during CES 2017.