Hammerhead’s star mechanic gets her very own Play Arts Kai collectible scheduled to release this Summer.

Originally announced as “Final Fantasy Versus 13” back at E3 2006, Final Fantasy XV finally released 10 years later for the current generation of consoles. The long-awaited fifteenth core installment of the JRPG saga follows Prince Noctis and friends Gladiolus, Ignis and Prompto on a quest of self-discovery and revenge after a broken peace treaty ends in his father’s death and the fall of the Lucis Kingdom. Final Fantasy XV still retains its Versus 13 gameplay origins, favoring exploration and real-time action gameplay over the traditional turn-based elements of its predecessors. Though it was widely praised at launch, the title has since come under small fire by fans, as post-launch DLC announcements, numerous plot-holes and updates specifically for Chapter 13 have led fans to believe Final Fantasy XV released as an “unfinished” game.

Following the series of Noctis, Gladio, Ignis, Prompto and Kingsglaive: Final Fantasy XV’s Nyx Ulric, Cidney Aurum will be the next character to receive a collectible Play Arts Kai figure from Square Enix. The ace mechanic of Hammerhead- and presumably only mechanic other than father Cid Aurum- Cidney is always ready to supply new upgrades and custom parts for the Regalia, the chosen sports car of the royal family. The non-scale Play Arts Kai figure stands at approximately 28cm/11in, and includes three interchangeable hands; additional display parts include a functioning toolbox, ratchet wrench, crescent wrench and a display stand. 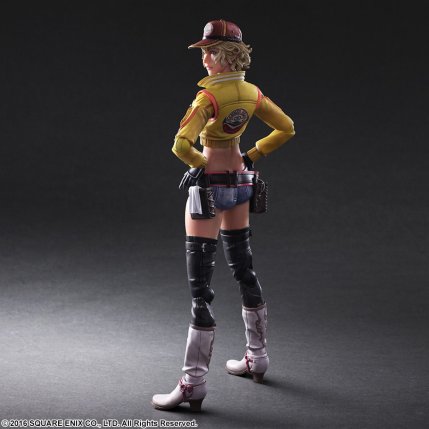 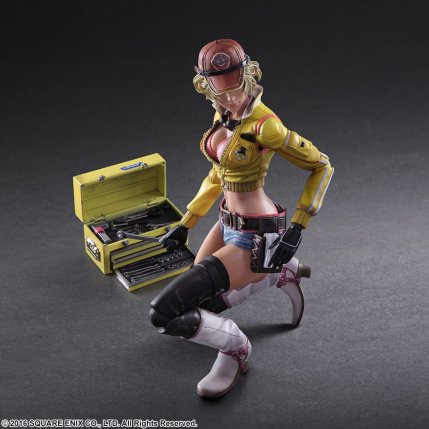 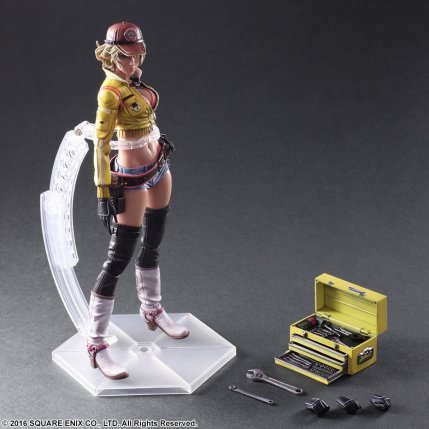 Square Enix’s Final Fantasy XV Play Arts Kai Cidney Aurum figure can be pre-ordered for $109.99, and is expected to ship in late-July/early-August. Final Fantasy XV is available for PS4 and Xbox One.