Developer, publisher and collectible-producer Bandai has partnered up with Capcom on numerous occasions, but one of their more memorable collaborations dates back to 1997- the 10th Anniversary of Capcom’s beloved Mega Man franchise. To celebrate the event, Bandai began production on the “Mega Armor” series of collectible figures; these highly-detailed figures featured removable plating, giving owners a glimpse of each robot’s mechanical innards, and interchangeable armor and weapon options sold as stand-alone sets. Though Bandai and a multitude of other collectible manufacturers still pay homage to Capcom’s iconic franchise, the Mega Armor series has since been discontinued.

What came as an early holiday surprise to many a collector and avid Mega Man fan, Bandai marked the 20th Anniversary of their Mega Armor line with a brand new figure under their Bandai Toys label “Tamashii”. Dubbed the “Chogokin Mega Man X: Giga Armor X”, this new installment features an X figure with removable plating on his arms and feet, and white Giga Armor pieces reminiscent of the Falcon and Glide Armors of Mega Man X5, Mega Man X6 and Mega Man X7. X is accompanied by an overhauled Rush; despite his absence from the Mega Man X series, the “Rush Jagd” figure can be transformed into a mounted Ride Chaser for X. Dimensions for the Rush Jagd figure are unavailable, however X stands at approximately 14cm/5.5in; both figures are crafted from ABS with select die-cast accent pieces. 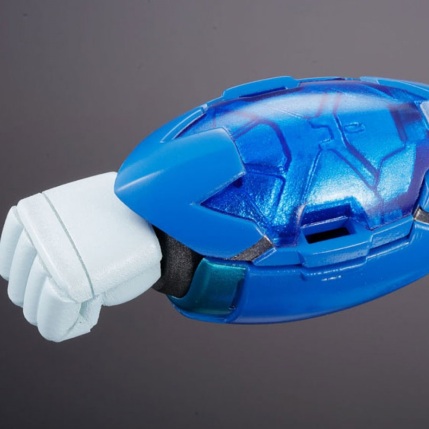 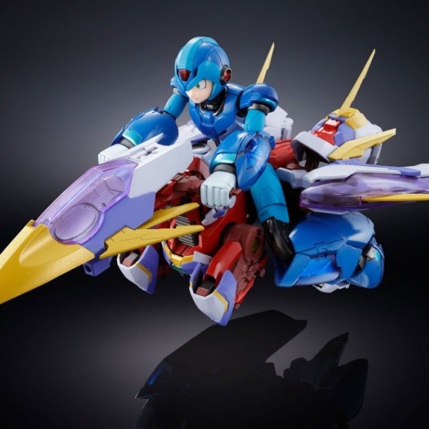