New multiplayer progression systems, a refined Rune system and user interface, bug fixes and a free weekend are all in store for DOOM…Oh, and all previous DLC is now free.

Play-Asia has a slew of collectibles and international games on sale to celebrate the Year of the Rooster.

The once Sony-exclusive Nitro+ fighting game is now on Steam, complete with a special two-way Skullgirls: 2nd Encore discount.

Selections from the Arc System Works Steam library are discounted up to 75% off through Steam through next week. 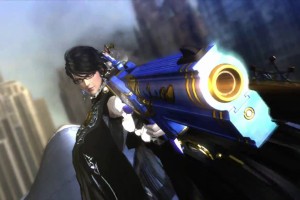 ‘Bayonetta 2’ Stand-Alone Releases For Wii U Next Month

Bayonetta returns just in time for her Smash Bros. debut, but without the bonus content from her previous release.

Shoot Headless Kamikazes, go on a crazed murder-spree, and defend Earth’s babes from an alien invasion with the “Devolver Publisher Weekend” sale, courtesy of Steam.