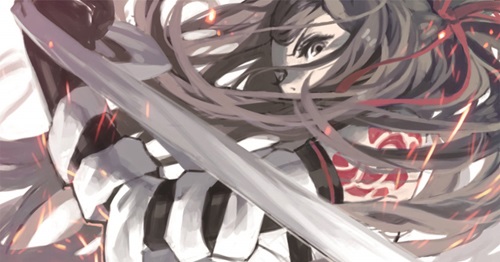 Lily Bergamo, the next title from Suda51 and Grasshopper Manufacture, along with GungHo Entertainment, has been officially trademarked in North America.

Shortly after the release of Killer Is Dead, a trailer for another new game from Grasshopper Manufacture was revealed during TGS 2013- Lily Bergamo. While the title still stands behind a shroud of mystery when it comes to gameplay mechanics, a few details were given via Siliconera and TGS: Lily Bergamo will be an Online Action-RPG; players will take the role of Tae Ioroi in the year 2043; the world draws from both Japanese and Western cultures; the console version will be a PS4-exclusive, but a companion version based in the same world will be playable for mobile devices.

More recently, a new trademark for Lily Bergamo was registered for the North American region, hinting at a localized release. While no official release date has been announced- there’s no gameplay footage, just the TGS Teaser- Grasshopper is shooting for a 2014 release.