“Fierce Deity Link” And Other Alternate Costumes May Be In ‘Smash Bros. 3DS’

Leaks and screenshots are on the rise with the impending release of Super Smash Bros. for 3DS and Wii U on the horizon. If the next batch of photos are true, we have yet another look at the character select screen, and a few alternate costumes for the handheld version of Nintendo’s brawler.

Several photos of the development version for Super Smash Bros. for the Nintendo 3DS have been leaked over the past few months, ranging from gameplay features to the completed character-select screen. The last batch included an icon for Shulk of Xenoblade Chronicles, and was revealed almost two weeks prior to Nintendo’s official reveal. Two new photos recently surfaced on gaming community site NeoGaf, showcasing the character-select screen yet again, and some of the alternate costumes. The two pictures are shown below: 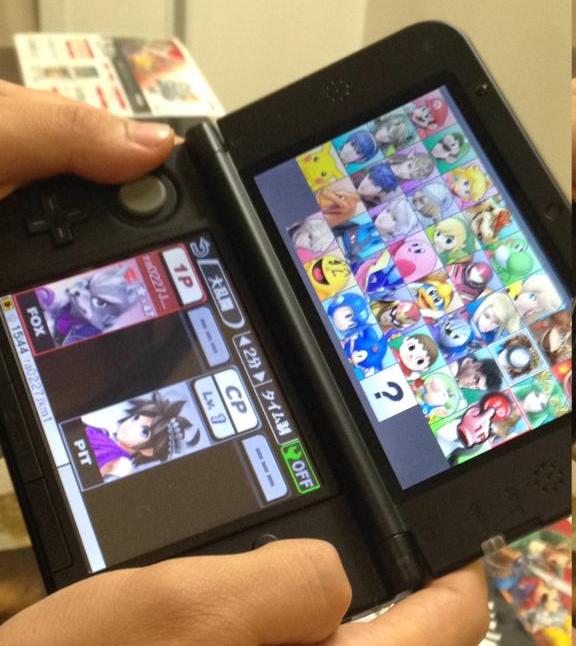 The first image depicts Rosalina with a red dress, the Fierce Deity iteration of Link from The Legend of Zelda: Majora’s Mask, and Diddy Kong with blonde fur and a pink cap and tank top modeled after Dixie Kong’s clothing. The second image holds both Fox and Pit with purple costumes, and a better shot at the character-select screen. The previous batch of screenshots showed a much more congested select screen, and included several more characters; the characters not in these new screenshots include Wario, R.O.B, Mr. Game & Watch, Gannondorf, Toon Link, Falco, Ness, Dr. Mario, Dark Pit, Lucina and the Duck Hunt dog. 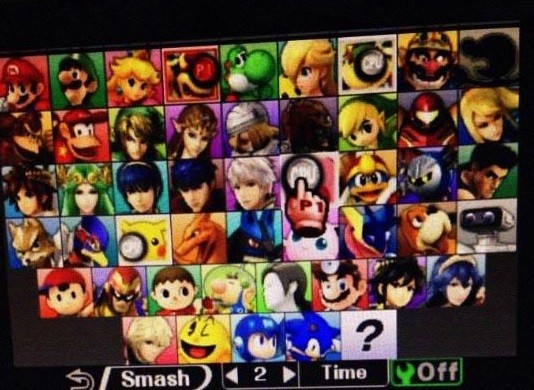 As Lucina has already been confirmed by an official trailer from Nintendo, it’s possible that these “missing” characters may be part of the unlockable/secret roster. Super Smash Bros. for 3DS will release on 10/3 for NA.