The final boss of Guilty Gear Xrd is the second character to get his or her own collector’s item, as Max Factory is currently working on a “Ramlethal Valentine” statue.

For those following the story of the Guilty Gear saga, Guilty Gear Xrd -SIGN- is a direct sequel to the 360-exclusive action-strategy game, Guilty Gear 2: Overture. After the defeat of Valentine at the hands of Sol Badguy, two more Valentines are created in the original’s place- Elphelt and Ramlethal. While Elphelt appears to be “innocent” and void of any malicious intent, Ramlethal becomes an instrument of The Conclave, bent on the destruction of the world. Aside from her complete lack of emotion, some of Ramlethal Valentine’s trademark features include two massive energy greatswords held by the two halves of “Lucifero”, and an “organic” cape lined with teeth.

For having such a visually unique cast of characters, not many figurines and statues pay homage to the Guilty Gear franchise; statues of Dizzy, I-No and Baiken have been released alongside past games, though their current prices may set fans back a few hundred dollars. Embrace Japan’s statue of the Guilty Gear Xrd version of Sol Badguy began shipping yesterday through some outlets, though the collector’s item was only offered in extremely limited quantity. However Sol Badguy was just the first, as Max Factory is now working on a Ramlethal statue.

Over the weekend, statue and figurine manufacturer Max Factory unveiled a prototype model of Ramlethal Valentine at Wonder Festival 2015. As with most prototypes, the model is uncolored, and may be subject to change before its finalization. While the exact dimensions were not given, the Ramlethal Valentine statue will be 1/8th scale, with her and the two halves of Lucifero in an action-pose: 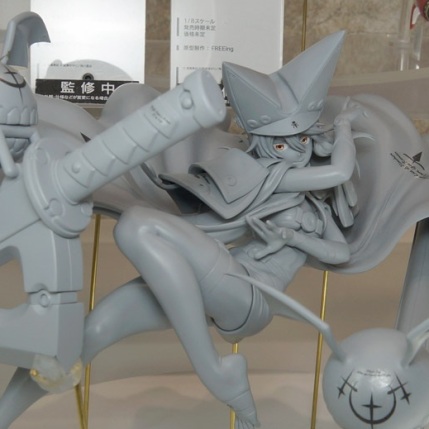 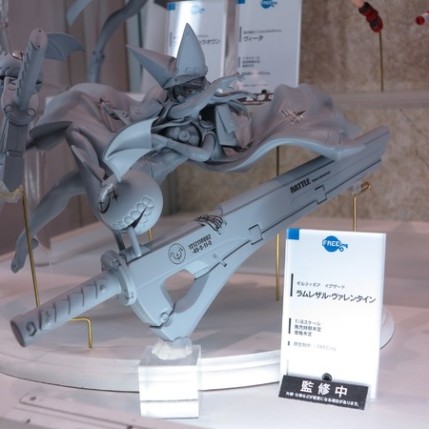 A release date has not been announced, but given a prototype exists, it’s possible that Max Factory’s Ramlethal Valentine statue may release in the second half of 2015. Guilty Gear Xrd -SIGN- is available for PS3 and PS4.