Some of the latter Metal Gear Solid titles featured online co-op missions, however the PS3’s Metal Gear Solid 4: Guns of the Patriots was the last title to feature a full-scale competitive online mode. The servers went offline only a few years after its launch, however stealth gamers can go head-to-head yet again with Metal Gear Online, the online multiplayer mode featured within Metal Gear Solid V: The Phantom Pain. MGO was plagued with server issues and a disjointed launch scheduled between platforms, however the mode has since evolved into a competent multiplayer component where players can exercise their stealth tactics to their fullest.

Members of the original development team may have parted ways with the publisher, however MGO is still receiving support from Konami, as more content is expected to arrive sometime this March. A recent announcement from Konami’s MGO Twitter account reveals two new maps to be in development, along with Quiet as a playable character; a third map was revealed through a private press release. Based on environments from The Phantom Pain, Rust Palace, Azure Mountain and Coral Complex will be the included in the upcoming DLC; Quiet will act as a special “hero unit”, with a random player spawning as her at the beginning of each match. Quiet will feature her own set of unique abilities, though probably not to the extent of those seen in MGSV: The Phantom Pain. 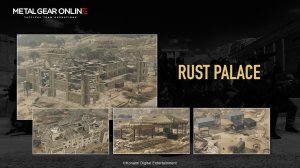 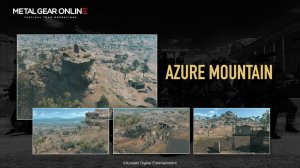 It has not been confirmed whether or not the upcoming DLC will be free, however Konami is expected to reveal more details tomorrow. Metal Gear Online is currently live across all versions of Metal Gear Solid V: The Phantom Pain.