After a 15-year hiatus, Fear Effect finally has a chance to return. Revealed last week by developer Sushee as part of Square Enix Collective project, a crowdfunding campaign is officially underway for the “fourth” Fear Effect, titled Fear Effect: Sedna; despite its unfortunate cancellation, developer Sushee still refers to Fear Effect: Inferno as a completed idea, with Fear Effect: Sedna being the next title to follow. The new title deviates from the traditional mechanics, switching to that of a real-time tactical game, similar to Shadowrun and XCOM [albeit being turn-based].

Sushee’s Kickstarter campaign for Fear Effect: Sedna launched yesterday morning, with the initial funding goal set at €100,000/$114,106. The cancelled Fear Effect: Inferno was a direct sequel to the original title’s “good” ending, however Sedna is also set 5 years after the events of the original game. Though no longer be under the rule of the Triad, however Hana still works for the group as a mercenary with partner and love-interest Rain Qin. Their latest mission takes them to Paris with the task of stealing an item of interest from a Chinese ambassador; former partners Deke and Glas have gone their separate ways, only to be pulled back into action through their own means.

Fear Effect: Sedna discards fixed-camera angles and tight corners for an isometric approach; to keep the familiar tension of the previous Fear Effect games, each character will have a limited field-of-vision, allowing enemies to get the potential drop on the player. Sushee’s take on the franchise will also allow for multiple characters to engage in the action simultaneously; the player could hypothetically have Rain attack an enemy while Hana unlocks a puzzle, with Deke taking cover at a vantage point. Puzzles will return in force, with the player unlocking doors, hacking, wiring an electrical component, and even deciphering “Inuit symbols and carvings”. 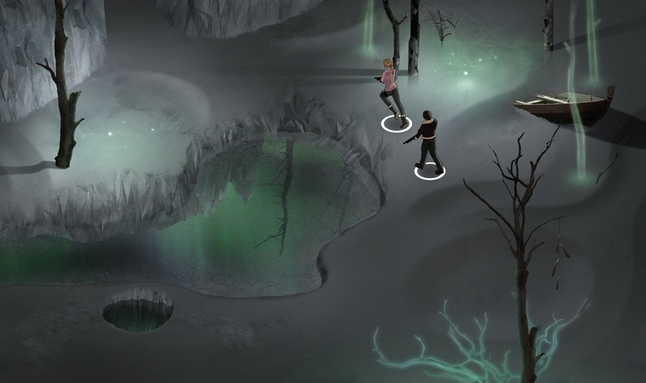 A series of Stretch Goals have been added to the Fear Effect: Sedna campaign, including French and German localization, additional characters and weapons, more story chapters, and a main theme written by original Fear Effect composer Matt Furniss. If the €250,000 stretch goal is reached, Sedna will enter development for PS4 and Xbox One; controller support will also be added to the PC version. Contribution tiers start at €15/$17 for a digital copy upon release, with higher tiers including the soundtrack, costume DLC, physical art collection, and the ability to name or design an enemy guard.