For some territories- specifically Japan- the console release of Guilty Gear Xrd -REVELATOR- is less than a month away; Japan will receive the PS3 and PS4 versions this month, however North America and Europe must wait until early June for the localized releases. With the Japanese version seeing a Limited Edition including an art book, live concert CD and a BluRay full of tournament footage, Europe will be getting a Guilty Gear Xrd -REVELATOR- special edition of its own, though only through online retailer Rice Digital.

For $99.99 and $94.99 respectively, European Guilty Gear fans can purchase the “Guilty Gear Xrd -REVELATOR- Let’s Rock! Edition” for either the PS4 or PS3. This retailer-exclusive special edition contains the base game, plus an art book, live concert CD and a code to redeem the DLC character Raven; for the audiophiles out there, the Let’s Rock! Edition also includes a copy of the -REVELATOR- soundtrack on two limited edition red vinyl records. 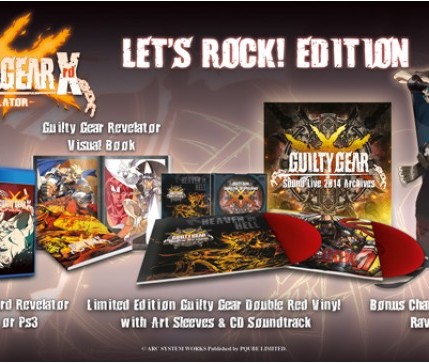 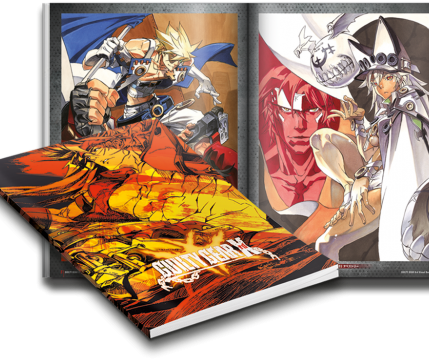 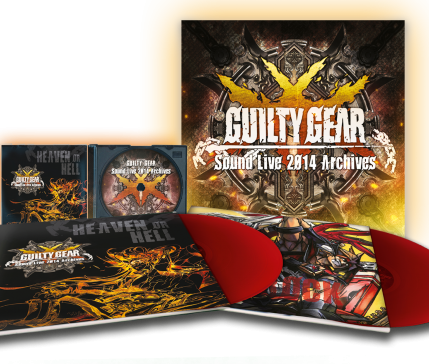 Again, the Let’s Rock! Edition can only be pre-ordered/purchased through Rice Digital. While this is exclusively for European audiences, it’s worth mentioning that both the PS3 and PS4 are region-free consoles.

Guilty Gear Xrd -REVELATOR- will release first in Japan on 5/26, followed by North America and Europe on 6/7 and 6/10.