Attack on Titan’s uniforms and Wall Rose are now available for Dead or Alive 5: Last Round, but there’s a slight catch for PC players.

Dead or Alive 5: Last Round and its infinite pool of DLC are home to several cross-over items from both video games and anime, including costumes and characters from Senran Kagura, Samurai Warriors, Deception IV, Schoolgirl Strikers, Gust, Tatsunoku, Falcom and Fairy Tail.

Adding to the endless DLC list is a huge Attack on Titan cross-over DLC pack, now available for the Xbox One, PS4 and PC versions of DOA5: Last Round. The “Attack on Titan Mashup” bundle includes costumes for every character, varying between the Scout Regiment, Garrison Regiment and Cadet Corps uniforms. 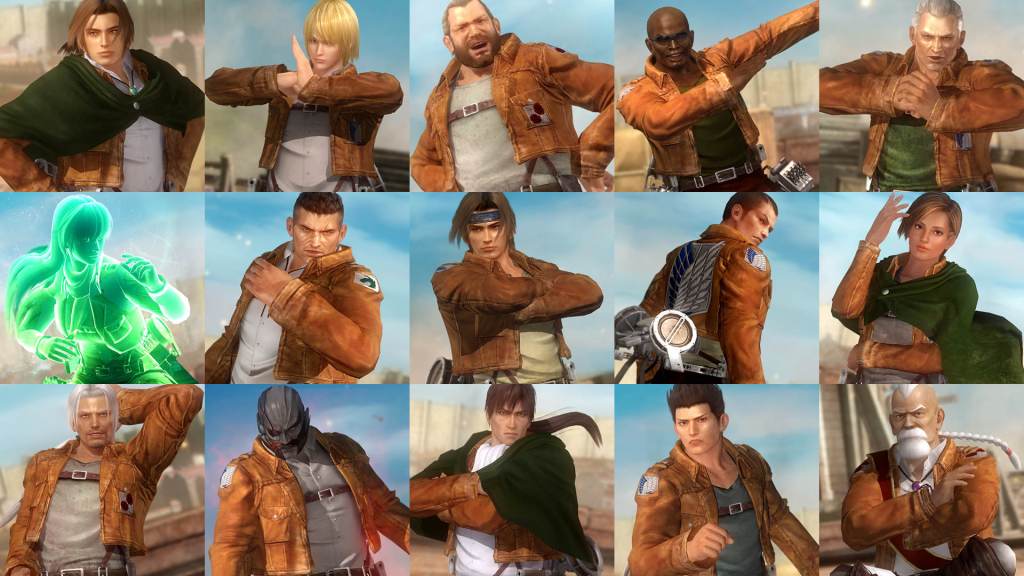 A new stage is also available to purchase, inspired by the iconic Wall Rose with the Colossal Titan looming overhead.

The Attack on Titan Mashup bundle is available to purchase on Xbox One and PS4 for $39.49, however costumes can be purchased individually as an alternative option. Bizarrely enough, the PC bundle is marginally more expensive at $39.99, however DOA5 players on Steam will not receive the Wall Rose stage, nor will the costumes feature real-time battle damage.