A sequel to the Mega Man Zero spiritual successor Azure Striker Gunvolt is currently in-development for the Nintendo 3DS.

The next fighting game from veteran developer Arc System Works will be a Japanese-exclusive Dragon Ball Z game for the Nintendo 3DS.

At long last, the next chapter of the Smash Bros. series is finally available for Nintendo fans. For the first time in the franchise, the mascot-brawler is finally on a portable platform, with Super Smash Bros. for 3DS. Does the stereoscopic fighter stack up to its console predecessors, […] 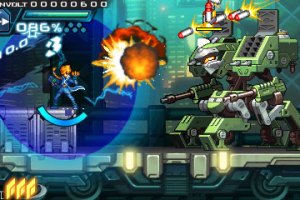 Azure Striker Gunvolt is the latest title from Mega Man Zero developer Inti Creates. Backed with the help of game designer Keiji Inafune, how well does this action title stand up against its spiritual predecessors?

BlazBlue returns to Nintendo’s handhelds a third time, with BlazBlue -Clonephantasma- for the Nintendo 3DS. 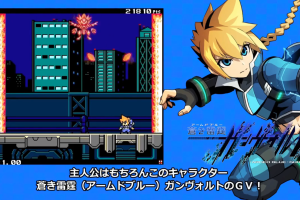 What was originally a leak from less than 24 hours ago, cross-over action title Mighty Gunvolt has been officially confirmed by Inti Creates, and will release for the Nintendo 3DS this year.