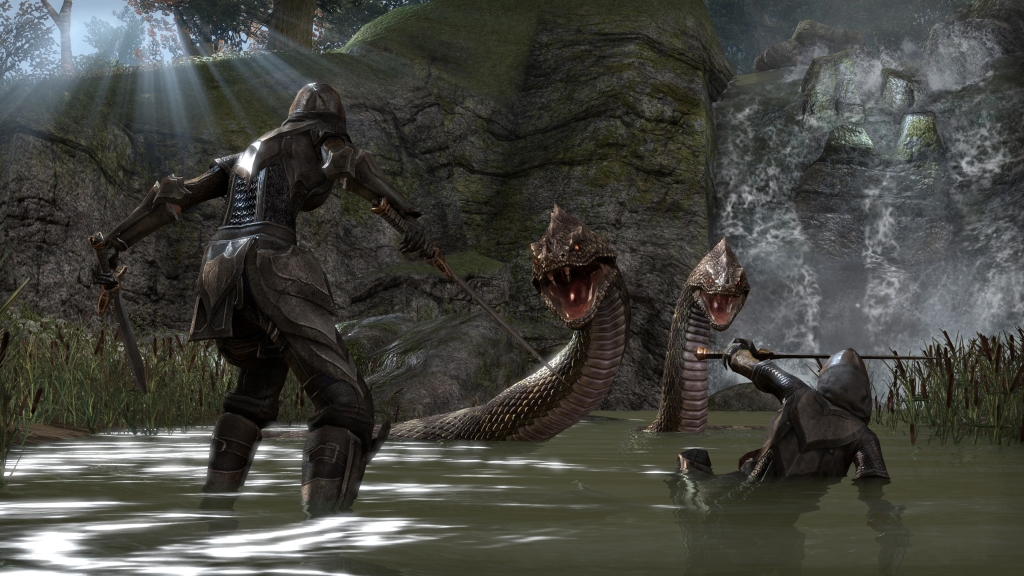 The dawn of a new evil approaches, as the new cinematic trailer for The Elder Scrolls Online sets the stage for the perils that await the warriors of Tamriel.

With the release of The Elder Scrolls Online just months away, Bethesda and Zenimax have released a lengthy 8-minute CG trailer for their ambitious MMO:

Today also marks the official announcement of ESO: Imperial Edition; the upgraded version of ESO was accidentally revealed by an online retailer earlier this week. For $79.99, Imperial Edition features the ability to play as an Imperial Soldier, craft Imperial Armor, ride an Imperial White Horse, and includes the Rings of Mara and a Mudcrab Vanity Pet. Purchasing the upgraded version also gives users “30 days of included game-time” (i.e. a free month), and access to ESO 5 days earlier than those who purchase the normal version.

The Elder Scrolls Online will release on 4/4 for PC and Mac, with the console versions coming in June; while all versions will require a monthly subscription-fee, the PS4 version will not require PS+ to play- the Xbox One version will indeed require a Gold subscription.