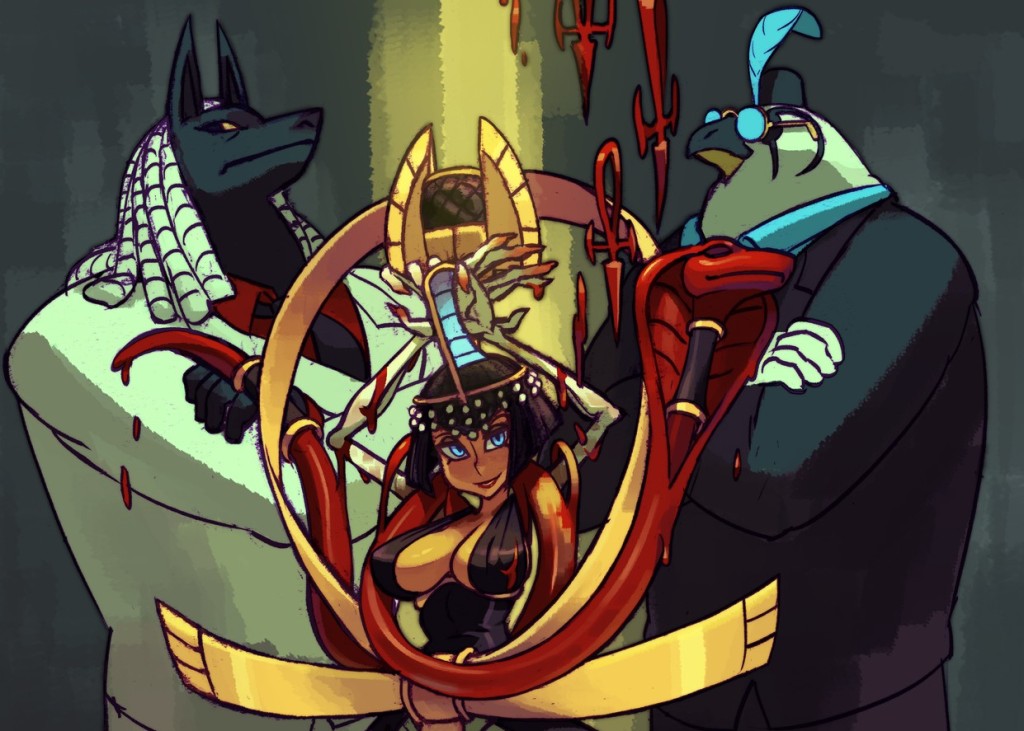 Fans of Lab Zero’s 2D fighter have even more reasons to rejoice, as Skullgirls Encore will release for both the PS4 and the PS Vita.

While the PC version has been slightly ahead in terms of additional content, Skullgirls Encore was finally released for the 360 and PS3 earlier this year. The updated version contains a reworked engine that streamlines the DLC implementation process for developer Lab Zero Games; currently, all platforms have access to Squigly, Big Band and Fukua, along with the extra stages and music funded from the “Keep Skullgirls Growing!” crowdfunding campaign.

With the PC release coming shortly after the IndieGoGo campaign, fans have been asking for the hand-drawn fighter to release for even more systems. The prayers of some Sony fans were answered last week, as Lab Zero CEO Peter Bartholow announced that Encore would indeed come to both PS4 and PS Vita. When asked via Facebook about a port for the Nintendo 3DS, it was revealed that Encore‘s engine would not work with the 3DS, and that it’s “technically possible to port the engine to 3DS”.

Along with SGC 2014 in Dallas, TX, EVO 2014 was held in Las Vegas, NV last weekend. During the event, Lab Zero revealed the final design for the crowdfunded doppelganger “Robo-Fortune”:

Robo-Fortune was one of several characters that were funded through the IndieGoGo campaign, with the others being Squigly, Big Band, Eliza and Beowulf. Squigly and Big Band are currently available in all versions of Skullgirls Encore, along with the April Fool’s Day character “Fukua”. Eliza is currently in-development, but a work-in-progress build is available to those with the “Endless Beta” on PC.