Two of the most iconic Silent Hill 2 enemy figurines are coming back to the market sometime this October.

Figma is one of many subsidiaries of Good Smile Company; the organization is responsible for many collectible series, including the previously mentioned Figma series, and the Nenderoid line. Most of their products focus on characters and vehicles from the anime and manga industries, however many video game icons can be found within Good Smile’s catalog; Samus Aran, Link, Solid Snake and others have been immortalized as Figma and Nenderoid statues and figurines.

Earlier this week, Good Smile Company announced that the popular “Bubble Head Nurse” and “Pyramid Head” Figma collectibles would be available for purchase once again, after a long duration of being sold-out across shelves and collectible-retailers. Each figure is highly-posable with several points of articulation. The Bubble Head Nurse includes her signature metal pipe and knife, and an interchangeable “revealed” head; titled “Red Pyramid Thing”, Pyramid Head includes the Great Knife and his spear, along with several varying hand-parts. Both figures also come with an adjustable display stand: 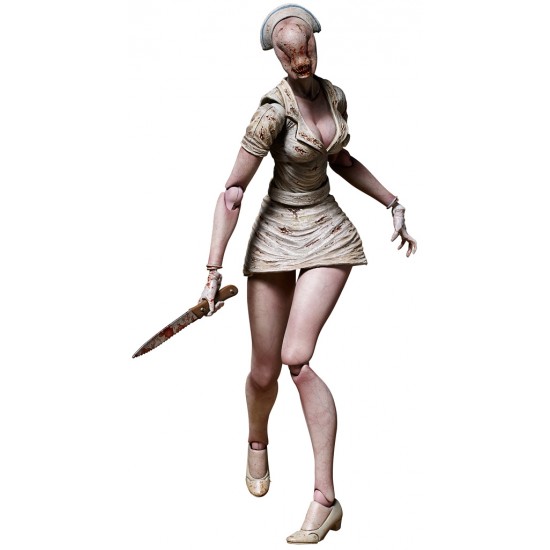 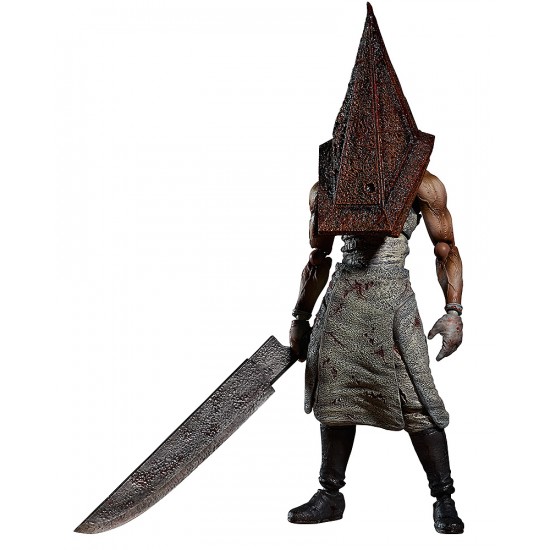 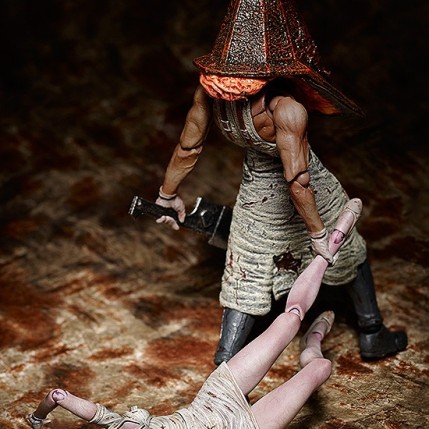 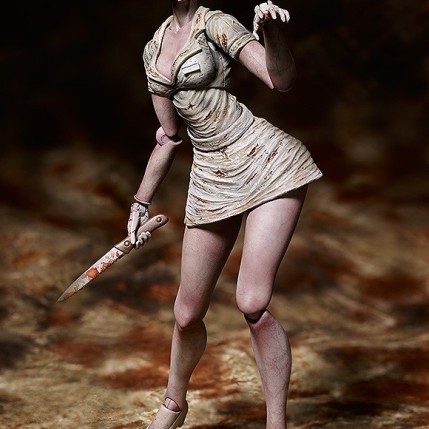 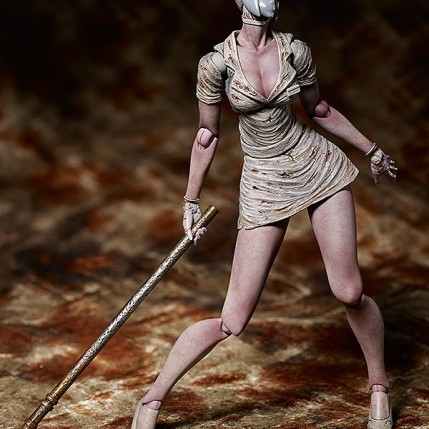 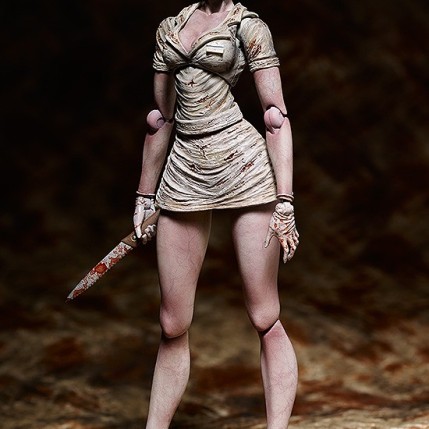 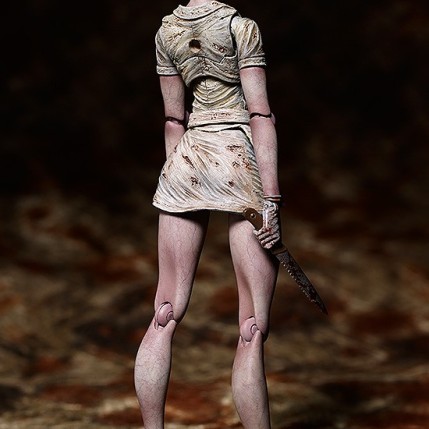 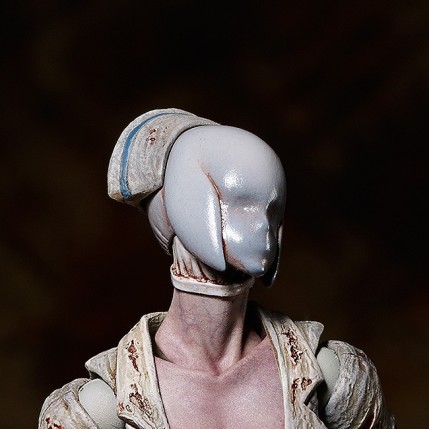 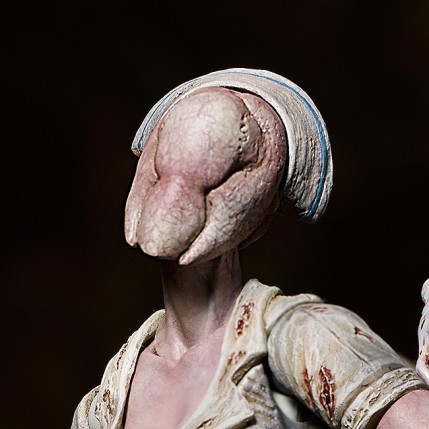 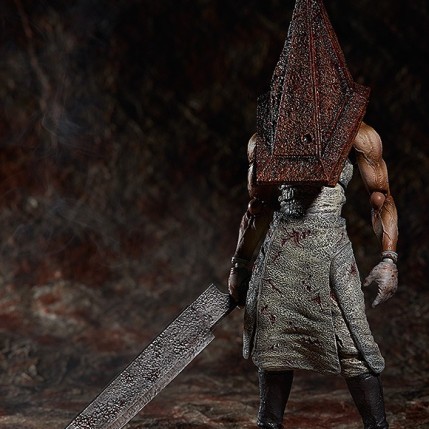 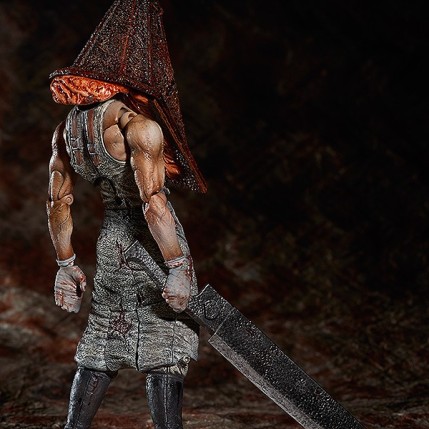 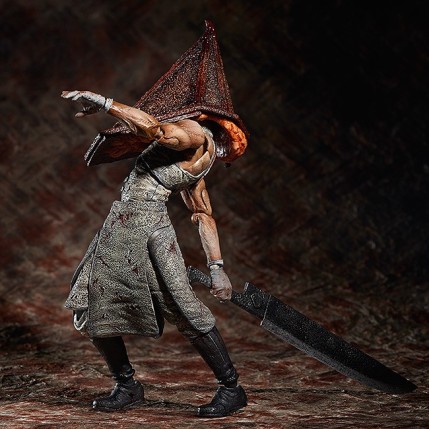 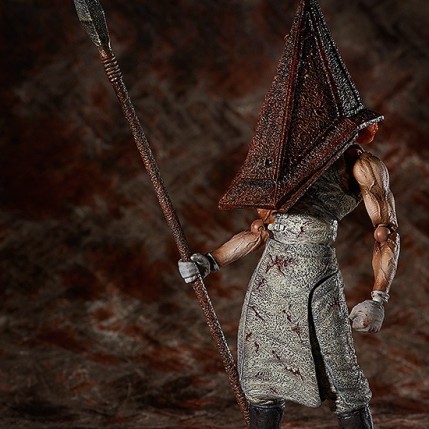 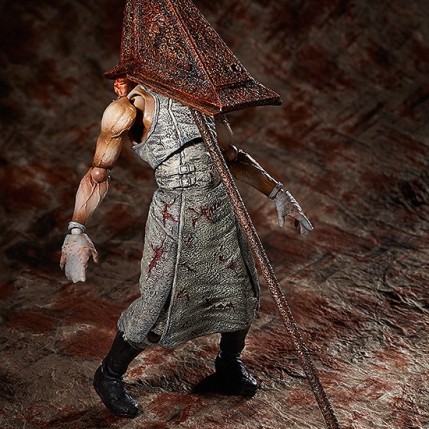 The iconic Silent Hill 2 enemies can be pre-ordered through GSC’s official website; Red Pyramid Thing is listed at 4,800y/$40, with the Bubble Head Nurse at 4,600y/$38.40.  The Figma collectibles are expected to begin shipping this October.

Both characters originate from the survival-horror masterpiece Silent Hill 2; the title is regarded as one of- if not the– best titles in the Silent Hill franchise, as well as the entire survival-horror genre. Konami announced the revival of the franchise with Silent Hills and its playable demo, P.T. The game featured the talents of Hideo Kojima, Guillermo Del Toro and Norman Reedus, but has since been canceled; the demo has also been permanently removed from PSN.