Transistor fans can now purchase a collectible figure of Red and the Transistor, courtesy of Supergiant Games and We Love Fine.

Transistor is the second game from developer Supergiant Games, following their 2011 self-narrated RPG hit Bastion. The title features a moderately silent protagonist and her conscious sword in their quest to stop the spread of the Camerata’s influence across the city. A mysterious group poised to violently cleanse the city of Cloudbank, the Camerata wielded the Transistor sword and the personal army of “the Process” to wipe out several of Cloudbank’s most influential residents; an unsuccessful attack on musical icon Red left the vocalist without her voice, and her lover’s “data” trapped within the Transistor. Several of Bastion‘s gameplay elements are present within Transistor, however the latter gives the player the ability to pause time and plan out each strike using preset options.

Starting today, Transistor fans can purchase a new collectible figurine of Red and the Transistor through the Supergiant Games store. Designed by Supergiant Art Director Jen Zee with the help of collectible manufacturer We Love Fine, the vinyl figurine stands at approximately 6″/15cm  from the base to the crest of Red’s hair. Each figure is packaged within a translucent box for the “mint condition” collectors; the Transistor itself is also crafted from translucent material for that electronic look that stays “true to the game”: 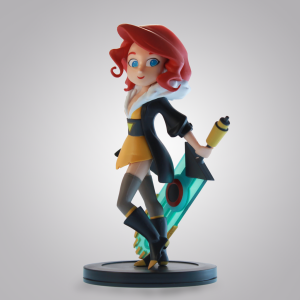 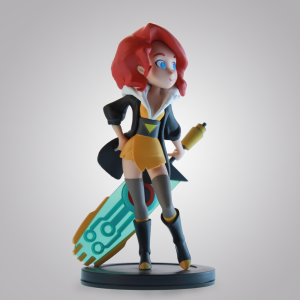 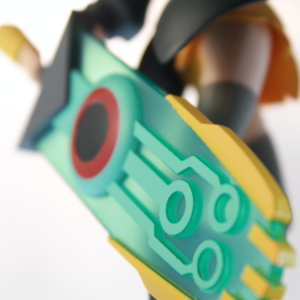 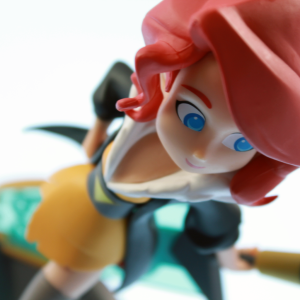 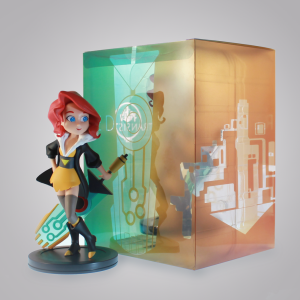 The Transistor collectible Red figurine can be purchased through the Supergiant Games online store for $34.99. The figure is part of a limited run, and will only be available until stock is depleted.