Steam is no stranger to shoot-em-ups; over the past few years, the platform received more than 50 “Shmups” from both AAA developers and Indie studios alike. Some of the popular hits from arcades and consoles are slowly transitioning over to PC, including Ikaruga and more recently Dariusburst: Chronicle Saviors.

Last week, Korean developer GameUS submitted their latest Shmup to Steam Greenlight- 1943 – Megami Strike. The title released exclusively to the Korean and Japanese market in 2015 as a free mobile title for Android and iOS, though the developer hopes to bring it overseas for North American audiences. Following the trend of mashing an established genre with dating-simulator elements, 1943 – Megami Strike is a 1940’s military shoot-em-up, however players can also “date” characters that correspond with each plane. During the traditional arcade shooter segments, the player will collect a variety of cards, with each one corresponding to one of the girls; these cards can be used to please each girl, in turn boosting the stats of her ship:

1943 – Megami Strike has no official release date, however if the title passes through Steam Greenlight, it will officially release for PC through Steam. 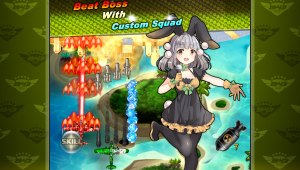 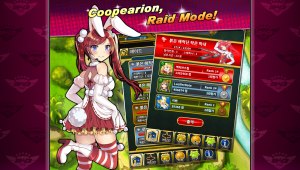