‘No Man’s Sky’ Release Date Confirmed For PS4 And PC

Explore the infinite unknown with No Man’s Sky, coming to PC and PS4 on 6/21.

From Hello Games, No Man’s Sky is a procedurally-generated space-exploration game set within a nearly infinite universe. Players can discover and survey new ecosystems and planets, engage in space combat, or become a fugitive chased by interstellar law enforcement. After a few years of incredible teasers, No Man’s Sky is finally scheduled to release on 6/21 for both the PS4 and PC.

A leaked PS4 digital store listing suggested a release date of today- March 3- however this has since been debunked by Hello Games’s Sean Murray; the listing revealed the pre-order launch date, along with the confirmed list price of $59.99. No Man’s Sky can be pre-ordered through GameStop, Steam and GOG, with their own unique bonuses: GameStop purchases include a plasma-equipped “Rezosu Z65” multi-tool item, the “Alpha Vector” ship, and 10,000 units to purchase upgrades and additional weapons or items; those who pre-purchase the game through Steam or GOG will receive the “Horizon Omega” ship, equipped with an “upgraded hyperdrive and increased firepower”. 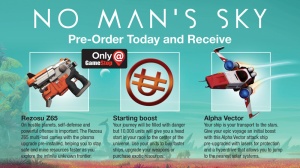 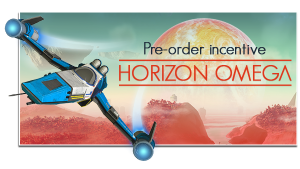 Note that GameStop is only offering the PS4 version of No Man’s Sky; the PC version can only be purchased digitally.

A Limited Edition version can be pre-ordered through GameStop for $79.99, featuring a Steelbook case, 48-page art book, in-game Starter Kit, exclusive comic book, and a code to download a dynamic PS4 theme. PC owners can get their hands on a collector’s edition of their own, with the Iam8bit-exclusive “No Man’s Sky: Explorer’s Edition“. For $150, the fairly-limited package includes a hand-painted 8” metal-cast replica ship with an “Atlas” logo stand, decals, a display backdrop, “Traveler” pin, a digital code to redeem No Man’s Sky on Steam/GOG, and a mystery item to be revealed at launch. 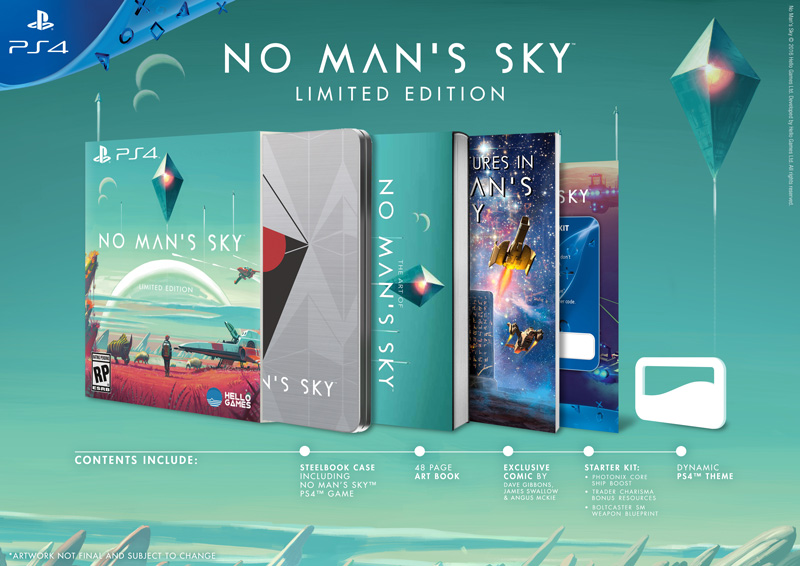 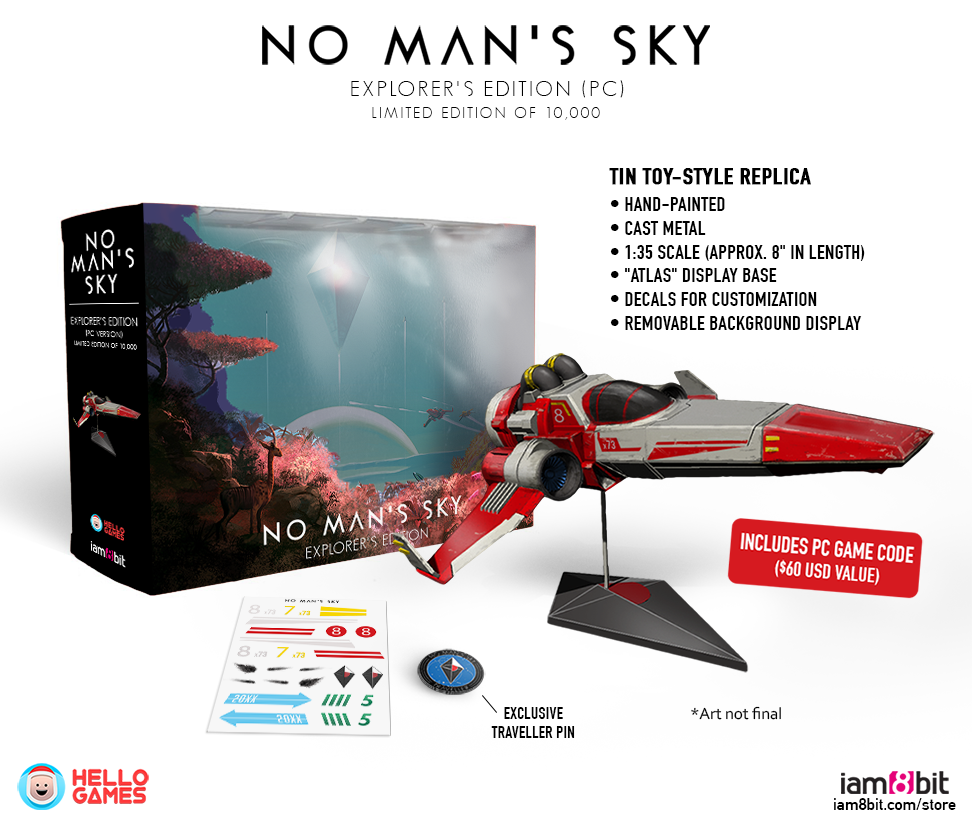