Ready the chainsaw-guns, Gears of War 4 comes to Xbox One this October.

From Epic Games, Microsoft Studios and The Coalition, Gears of War follows the gritty missions of Marcus Fenix and the Coalition of Ordered Governments (“COG”) soldiers and their war against the alien Locust Horde. Originally under the helm of Epic Games and Lead Game Designer Cliff Blezinski, the Gears of War franchise became one of the most successful and most played series on Xbox 360 and Xbox Live, with its reinvented “cover mechanics” and the raw nature of gameplay that fans have come to love.

Following the Windows 10 release of Gears of War: Ultimate Edition, the fourth installment of the series (excluding the numberless prequel GoW: Judgement) has officially been dated for early October. Under new developer The Coalition, Gears of War 4 takes place 25 years after the complete destruction of the Locust, Lambent and Imusion forces. The surviving remnants of humanity are confined to enclosed cities, protected from the now harsh uninhabitable environments of Sera. In a desperate act to protect society, the reformed COG declares martial law, preventing anyone from leaving the cities. An Xbox One-exclusive, Gears of War 4 deals with the conflict between the renegade “Outsiders” group, a new alien threat, and COG soldiers Kait Diaz, Delmont Walker and JD Fenix- son of Marcus Fenix.

Gears of War 4 is set to release on 10/11 for Xbox One. A multiplayer GoW4 Beta will be available on 4/18 to those who’ve played GoW: Ultimate Edition on either Xbox One or Windows 10; Xbox Live Gold members will gain access on 4/25. The multiplayer beta will close for both sets of Xbox One users on 5/1. The official cover art has been revealed courtesy of Entertainment Weekly. 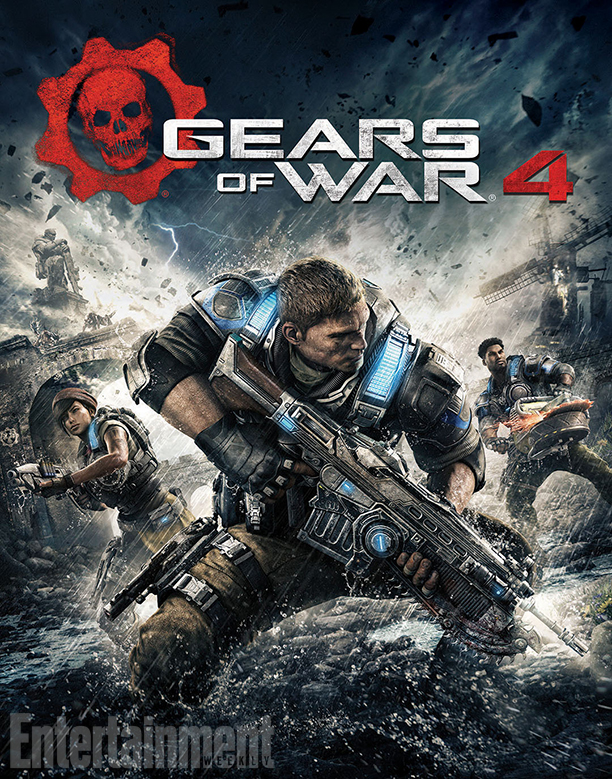