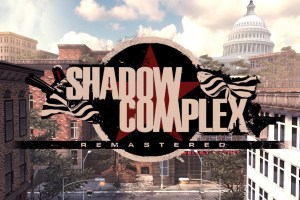 Following the Microsoft and PC releases, Shadow Complex finally makes its Sony debut this May.

Ready the chainsaw-guns, Gears of War 4 comes to Xbox One this October.

Shadow Complex Remastered is coming to consoles and PC next year, though proactive PC gamers can get it sooner than most would expect- as in right now.