‘LASTFIGHT’ Comes To Consoles And PC This Thursday

Based on the award-winning French comic LASTMAN, LASTFIGHT brings the classic 2-on-2 Arena Fighter genre back to consoles and PC this week.

LASTMAN is an award-winning French comic series created by Bastien Vives, Yves “Balak” Bigerel and Michael Sanlaville. First published in March 2013, the series follows Richard Aldana, a mysterious late contestant of the “Games” martial arts tournament who- despite the odds being against him- refuses to use magic when fighting. Within the first three volumes, LASTMAN quickly turns from a curious martial arts story, into an entertaining fantastical trip involving espionage, magic and alternate universes. An animated series of the same name is currently in production under Director Jeremie Perin; though not suitable for some audiences, Perin’s works include the likes of the animated music videos for Dye’s “Fantasy” and “Truckers Delight” from Flair.

Developer Piranhaking is bringing the LASTMAN universe into video games with LASTFIGHT. First shown in early 2015, LASTFIGHT reimagines the action and chaos of the comic series as a 2-on-2 Arena Fighter. With Super Smash Bros. and Power Stone as some of its strongest influences, LASTFIGHT pits four of its ten characters against each other across eight arenas; apart from the zany abilities of each character, several objects in each arena- or the arena itself- can be used as a weapon. LASTFIGHT will also include a 1-on-1 option and a single-player Story Mode inspired by the events of the LASTMAN comic.

LASTFIGHT will release digitally for Xbox One, PS4 and PC (via Steam) on 5/19; at the time of this posting, the Steam Store page is live, however users are unable to pre-purchase the title. 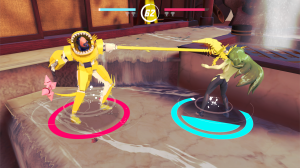 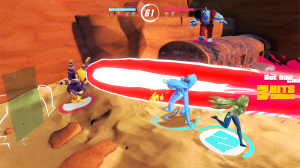 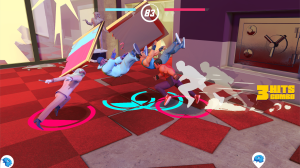