Prime 1 Studio will bring the new Kojima Productions mascot to life with a museum-level 60″ statue in Q1 2018.

Shortly after the fallout between Hideo Kojima and Kojima Productions publisher Konami, the team resurfaced sporting a new logo with some hidden relation to their upcoming enigmatic game Death Stranding. The helmet and skull-masked figure are that of “Ludens”, depicted as a titanic armored astronaut wielding the new Kojima Productions logo as a black flag. According to Hideo Kojima, Ludens not only has a connection to Kojima Productions’s debut independent game Death Stranding, but the character’s name doubles as a wordplay reference to the 1938 academic book Homo Ludens: A Study of the Play-Element in Culture by Johan Huizinga, and as part of a new phrase passed around the KP office: “We are Homo Ludens. We are those who play.”

Collectible manufacturer Prime 1 Studio recently revealed the latest addition to their High-Definition Museum Master Line series, the new Kojima Productions mascot himself- Ludens. Standing at a whopping approximate 159cm/63in, the 1/2 scale Ludens statue depicts the character in his EVA suit as shown in the “Kojima Productions Logo Movie” announcement video. Additional elements include blue LED lights embedded within the helmet’s visor and the freely rotating Turing Machine inspired gold accents across the EVA suit. A Limited Edition version will also be available for purchase, with the statue itself signed by Hideo Kojima. 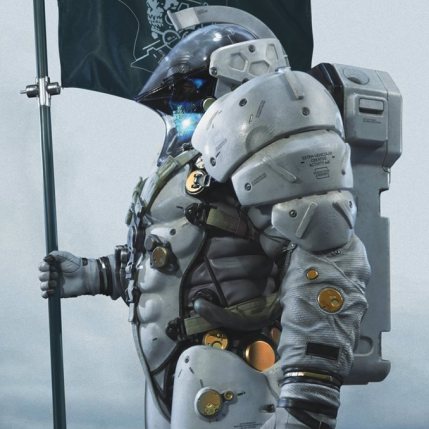 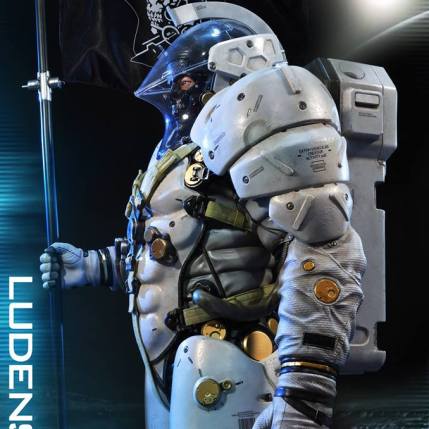 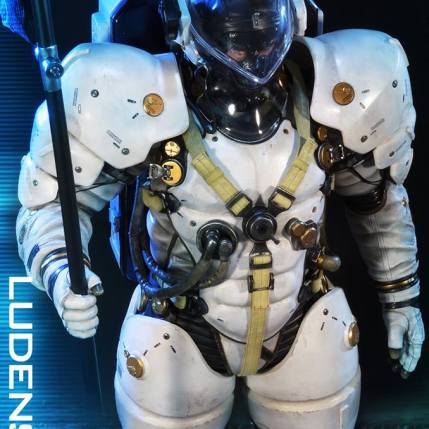 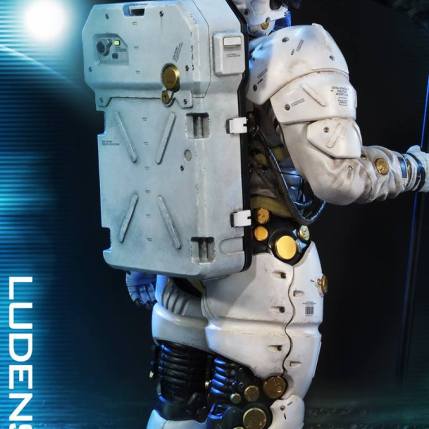 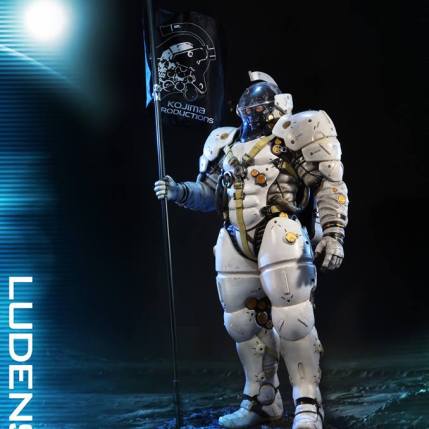 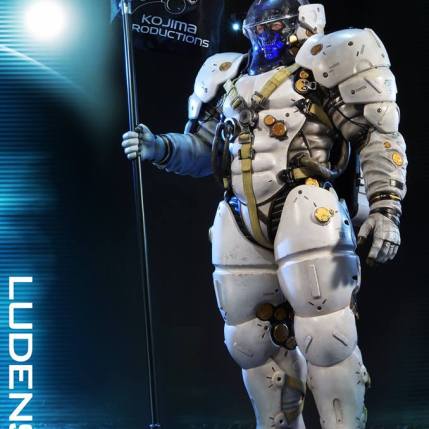 The HDMMLU-01 Kojima Productions 1/2 scale Lumens statue is expected to ship in several waves across Q1 2018. Only 450 units will be produced- 300 standard, 150 signed Limited Editions. For those with truly expendable income, statues can be pre-ordered through Prime 1 Studio for $1,999.