Mark the calendars, the Nintendo Switch is coming to stores on March 3rd for $299.99.

The much-anticipated Nintendo Switch presentation was held last night/this morning in Japan, with Nintendo fans around the world glued to their PCs and Nintendo consoles waiting for more details surrounding their upcoming console. The roughly hour-long broadcast gave fans all they needed to hear, starting with the launch date and price of the console. If fans are lucky, they can pre-order a Nintendo Switch as early as today for the list price of $299.99. The console bundle includes the Nintendo Switch tablet, the TV docking station, HDMI cable, an AC adapter, two Joy-Con controllers, controller straps, and the Joy-Con grip and controller dock. The tablet portion of the console includes a haptic touch-screen, WiFi connectivity, a built-in rechargeable battery and a USB Type-C port; the internal battery will last between 2-6 hours, depending on the intensity of the game.

Suggested by the initial reveal video and expanded on heavily last night, the Nintendo Switch can be played three different ways: The most familiar mode, TV Mode allows gamers to play titles on the TV using the Joy-Con controllers and/or the Switch Pro Controller with the tablet in the docking station; players can remove the tablet and deploy the rear kickstand for use as a smaller screen with Tabletop Mode; those who wish to take the Switch on the road can do so with Handheld Mode, activated by sliding the two Joy-Con controllers to either side of the tablet. Both controllers include an analog stick, four face buttons and two shoulder buttons along the internal rail, though one includes a Home button while the other comes equipped with an active Capture button for taking in-game screenshots and “in the future”, live gameplay footage. The controllers also feature independent accelerometers and gyro-sensors for motion-controls, and built-in NFC readers for scanning Amiibo data. The right Joy-Con includes a motion-IR camera embedded in the bottom that can sense the general shape of an object and the distance between it and the controller.

For the extra-cautious gamers who may have destroyed or lost numerous Wiimotes, wrist straps are included with the console; the straps also feature raised shoulder buttons that slide over the docking rail. While the two Joy-Con controllers primarily function as a single unit within the Joy-Con grip, the two halves can act as smaller SNES-style controllers for multiplayer split-screen games. If the singular Joy-Cons are too small for the player’s taste, up to 8 Nintendo Switch consoles can be linked via WiFi for local and online multiplayer.

The Nintendo Switch is also the first console from Nintendo to support a premium online service, akin to Xbox Live Gold and PS+. Users will have the option of chatting with friends, sending game-invites and a selection of other social features through a connected smart-device, be it a tablet or smartphone. Currently dubbed “Online Service”, the feature will be available to everyone as a free trial before switching to a premium paid subscription model this Fall; a price was not given during the presentation.

A gigantic first for Nintendo, the Switch will be their first region-free system, allowing players to import and play games from around the world on their own domestic system; in the past, Nintendo console owners could only play imported games by either purchasing a console from the same reason, or resort to soft-modding (i.e. modding the console’s software and/or operating system) or hacking their own system- a practice Nintendo vehemently opposes.

Pre-orders opened this morning across practically all retailers, from GameStop all the way to Toys R’ Us. Two versions will be available at the same price of $299.99- the gray and black model shown in the video, and one with red and blue Joy-Cons and Joy-Con straps. Regardless of the version, the bundle includes the Switch tablet and dock, AC adapter, HDMI cable, the Joy-Con grip, two Joy-Con controllers and two straps. Replacement docks, and extra controllers and accessories are listed as follows: 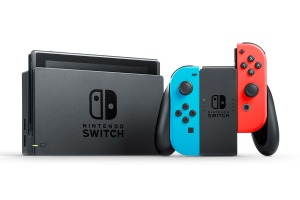 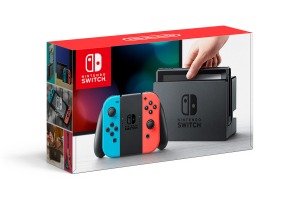 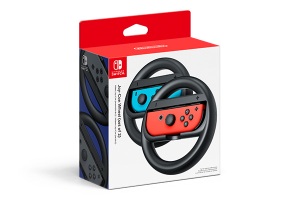 The Nintendo Switch will release worldwide on 3/3.