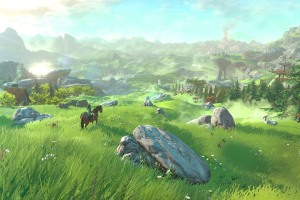 Nintendo Restricts E3 2016 Presence To Just ‘The Legend Of Zelda’

In a bold gamble, Nintendo is focusing on only one thing for E3 2016- The Legend of Zelda.

‘The Silver Case’ Remake Coming To PC This Fall

Teased during PAX East 2016. Grasshopper Manufacture’s The Silver Case is getting an extreme overhaul when it releases on PC later this year.

Cave and Degica Games are bringing yet another relentless Bullet Hell shooter to Steam later this year with DoDonPachi DaiFukkatsu.

The multiplayer Metroid spin-off Federation Force is set to release for the 3DS in North America this August.