The extremely challenging boss gauntlet from The Game Bakers will see a future release on Nintendo’s home console/handheld hybrid. 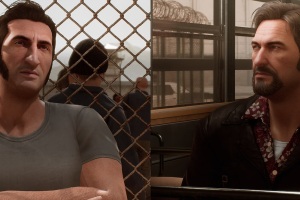 Brothers: A Tale of Two Sons developer Hazelight challenges players with an asymmetric prison escape in A Way Out.

X-Men-meets-Hotline Miami, Mr. Shifty is now available on Steam and the Switch eShop.