Last week, the First 4 Figures Facebook page teased a new collectible statue for Jet Set Radio fans. No details were announced, however the collectibles company posted a teaser picture of one of the franchise’s protagonists, Beat. Earlier today, the Beat statue was officially revealed on the First 4 Figures website.

The Jet Set Radio “Beat” Statue depicts the 17-year-old Tokyo-to skater and GG founder grinding across a rail with spray-can in hand. Not only does the 14″ tall statue reflect the vibrant cel-shaded style of Jet Set Radio, but the underside of the railing includes faux-grass for an added touch of realism. As with other First 4 items, each 1/6 scale Beat statue is hand-painted and sculpted from polystone. The “grind sparks” behind each foot include LEDs that flash and flicker when turned on. 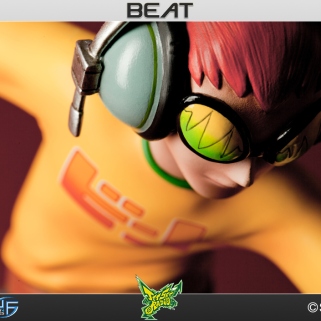 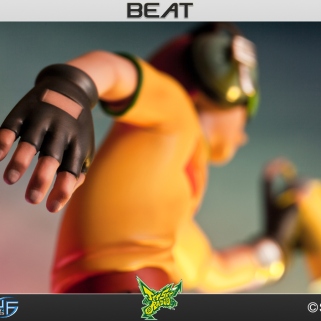 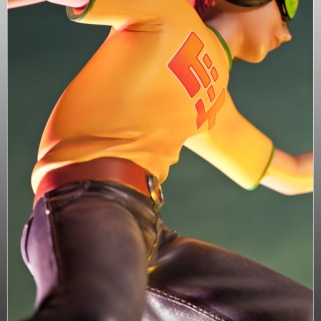 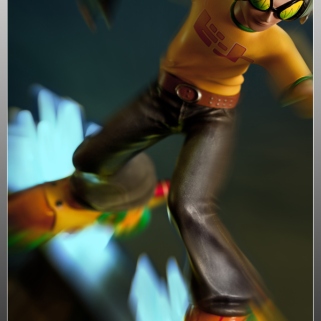 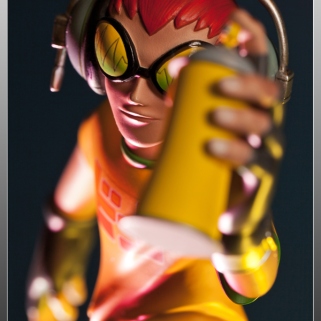 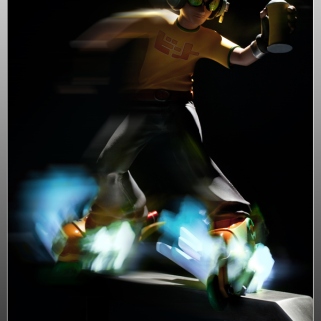 Anyone interested in pre-ordering the Jet Set Radio Beat Statue can do so through the First 4 Figures website; statues will run at $229.99. and require an initial payment of $15. Only 1250 statues will be released worldwide; units are expected to ship sometime in Q2 2015.