The captain of the infamous Halberd himself, a new statue of Meta Knight is now available to pre-order from First 4 Figures.

From the team behind the “Proto Man“, “Beat“, “NiGHTS” and “Link on Loftwing” statues, collectible manufacturer First 4 Figures is adding another statue to their Kirby series. A resident of the planet Popstar, and masked captain of Battleship Halberd, Meta Knight will now receive his own collector statue. Fighting both against and alongside Kirby, Meta Knight is a skilled warrior, fighting with the golden Galaxia sword and his reality-warping Dimensional Cape.

Standing at 16″ tall, First 4’s “Meta Knight” statue depicts the iconic anti-hero swooping in for an attack, leaving a trail of flame beneath his feet; the stand is modeled with a Halberd motif, resembling a piece of the battleship’s deck. Each piece is hand-painted and cast in high quality polystone resin. An alternate “Exclusive Edition” is also available for pre-order, with LED lights embedded within Meta Knight’s eyes, and the streaks of flame. In First 4 Figures fashion, every statue will include a “certificate of authenticity”, allowing the buyer to purchase the same number collectible of the next item in the Kirby statue series. 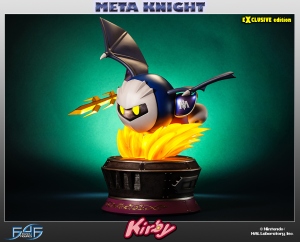 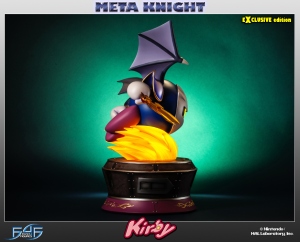 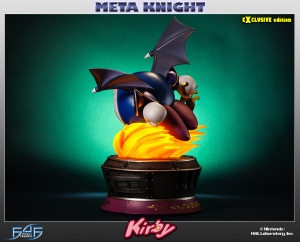 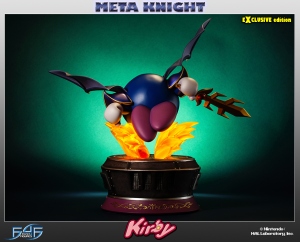 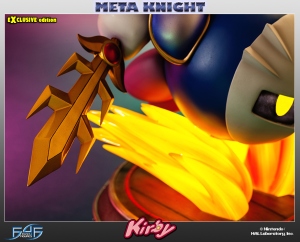 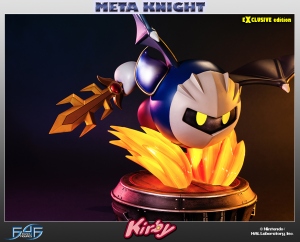 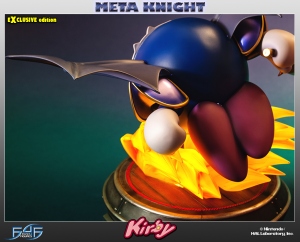 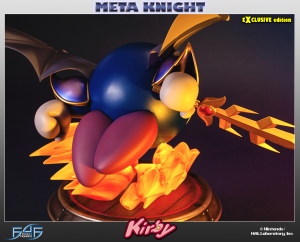 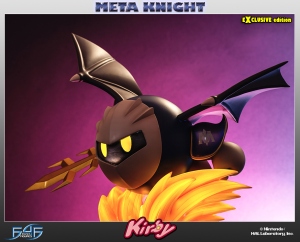 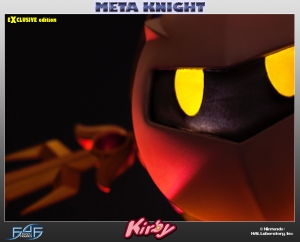 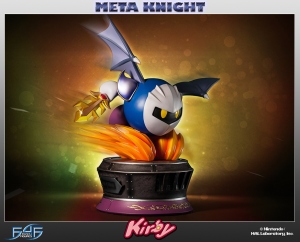 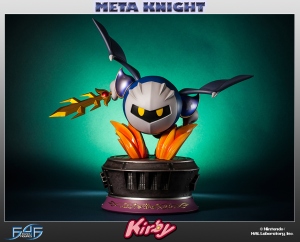 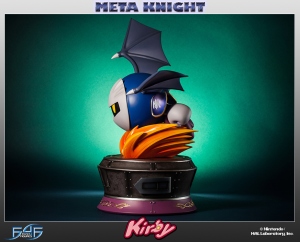 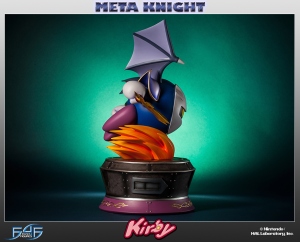 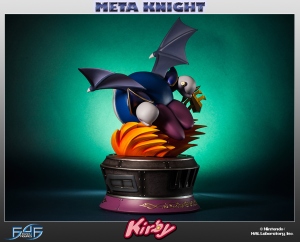 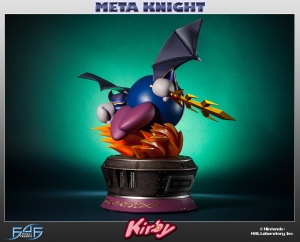 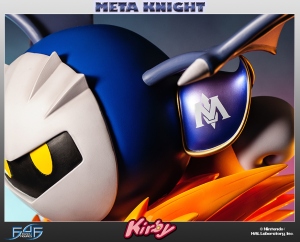 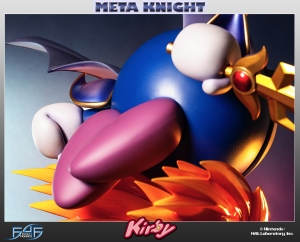 The “Meta Knight” statue is limited to only 1,000 units, while the “Exclusive Edition” is limited to just 500 units. Both statues are currently available to pre-order through First 4 Figures for $239.99 and $259.99 respectively. Both statues require an initial down-payment of $20.