First 4 Figures is bringing the classic Sega character “Nights/NiGHTS” to life, with a brand new collectible statue due to release this Fall.

While it may have never reached the same popularity status as Sonic the Hedgehog, Space Channel 5 or Jet Set Radio, NiGHTS Into Dreams became a cult-classic among Saturn owners and other Sega fans. The first title in the series, NiGHTS Into Dreams revolved around two children who escape their nightmares and enter the dream-world of “Nightopia”, where they aide Nights in a quest to stop his creator from taking over Nightopia and the real world. Excluding the PS2 remake and the 2012 HD release, the NiGHTS series includes the original Sega Saturn title, the two-level Christmas promo Christmas NiGHTS, and the 2007 Nintendo Wii sequel NiGHTS: Journey of Dreams.

Earlier this week, collectible manufacturer First 4 Figures announced that a new statue of Nights will be available sometime in Q3 2015. The “NiGHTS” statue stands at 31.8cm/12.5″ tall, and features the titular character perched on one foot next to a crescent moon. Each statue is cast from polystone, is hand-painted and numbered, and features First 4’s signature “authenticity card”, allowing owners to purchase the same number model of the next statue in a series- this case being the “Sega All-Stars” series of statues. Two versions will be available, with a standard edition and an “exclusive” version; the First 4 Figures “NiGHTS Exclusive” statue features ambient lighting within the moon, though it’s limited to a scarce 500 units. 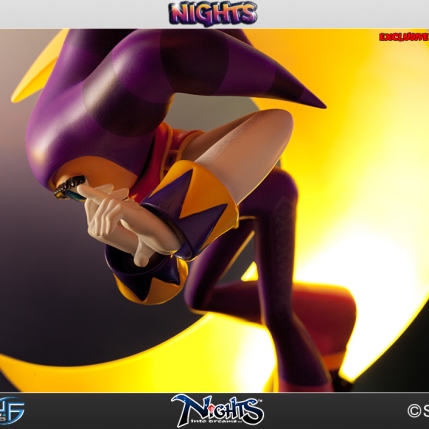 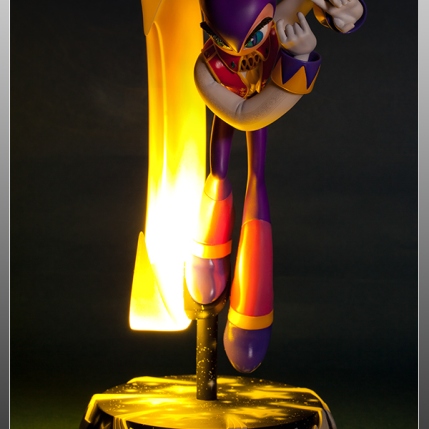 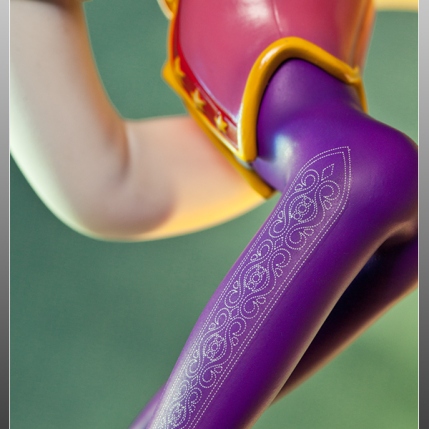 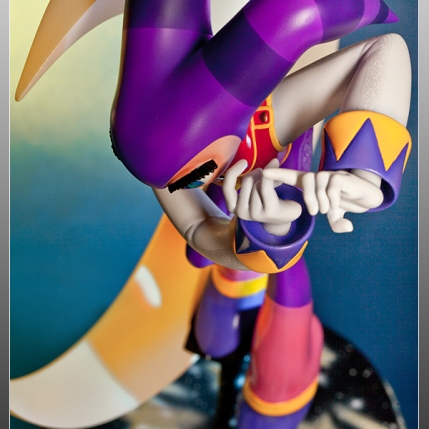