A new batch of free content for ARMS is ready for download, including a new character, weapons, and more. 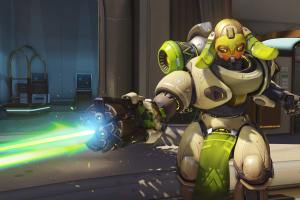 Omnic mech unit Orisa is available across the console and PC versions of Overwatch, but not yet ready for competitive matches.

The long-awaited return of Dizzy has finally come for Guilty Gear fans.

‘The King Of Fighters’ “Mai Shiranui” DLC Coming To ‘DOA5: Last Round’

The PC modding community may have beaten SNK and Team Ninja to the punch, but KOF’s Mai Shiranui is officially coming to Dead or Alive 5 this September.

Kagura will soon be playable in Senran Kagura: Estival Versus with a new DLC update coming this week.