Mortal Kombat’s red soul-powered ninja began as nothing more than rumors and misconceptions. Early MK arcade cabinets listed “ERMACS” underneath a list of characters on a data splash-screen, which led fans to believe that this was yet another hidden character in the series; the elusive green-clad Reptile was listed, and was only accessible through a cryptic gauntlet of tasks. While Ed Boon confirmed that ERMACS was simply an abbreviation for “error macros”, Ermac would show up in later installments as a fully concieved playable character.

If players go from his Mortal Kombat [9] lore, Ermac is a powerful undead warrior controlled by Shao Khan, powered by the souls of 100 fallen warriors; this vast amount of spiritual energy grants Ermac the ability to use telekinesis, and manipulate objects with raw spiritual power. The Story Mode hints that his true power exceeds that of his creators- Quan Chi and Shang Tsung.

NetherRealm Studios held an hour-long stream on their official Twitch.tv channel last Thursday afternoon, where it was revealed that Ermac would be playable in the upcoming Mortal Kombat X. Ermac’s new design depicts him as a regal sorcerer or wizard, with an open hood revealing his decaying tribal-painted face. reminiscent of the leaked concept art from last year: 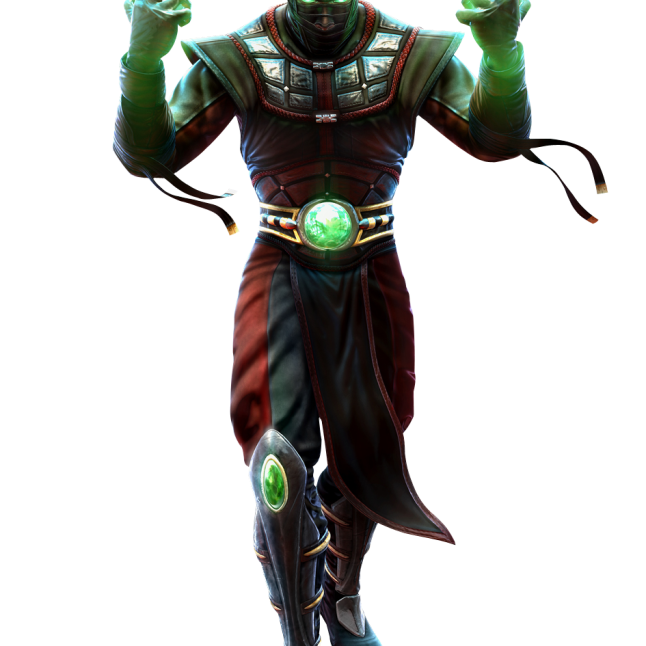 His three variations are movement, projectile and telekinetic-based: “Master of Souls” starts Ermac with three energy orbs, which act as standard projectiles, however if all three are present, the first orb fired will stun his opponent; “Mystic” enhances his telekinetic abilities, and will “hang” opponents for a short period of time after using his Telekinetic Lift attack; while Ermac has the ability to levitate, “Spectral” grants him the ability to fly around the stage for a short duration of time, however he is unable to block while suspended.

No further details were given regarding the plot of MKX, but Ermac’s pre-match dialogue reveals that he absorbed Shao Khan’s soul upon defeat. Banter between Ermac and Sub-Zero reveals that the ice-wielding ninja is one of the previous incarnations, whose soul “has been freed” from “corruption”; it’s possible that the Sub-Zero in MKX is Bi Han/Noob Saibot.