From Software’s Bloodborne released last month as a PS4-exclusive title. The challenging, brooding RPG is the first next-gen title by From Software, borrowing several elements from its spiritual predecessors. Unlike the medieval fantastical setting of Demon’s Souls and the Dark Souls franchise, Bloodborne thrusts players into the plague-ridden city of Yharnam, overrun with mutated hunters and deadly beasts.

Avid Bloodborne fans and memorabilia collectors now have the opportunity to own a new diorama, depicting the “default” Hunter slashing through an infected resident of Yharnam. Standing at 10″ tall, the highly detailed “Bloodborne Diorama” is sculpted from polystone: 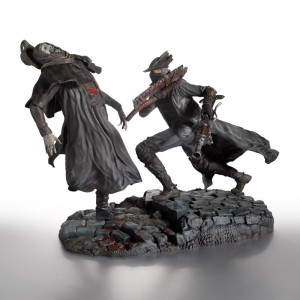 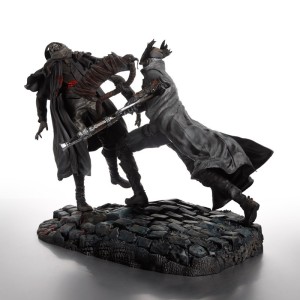 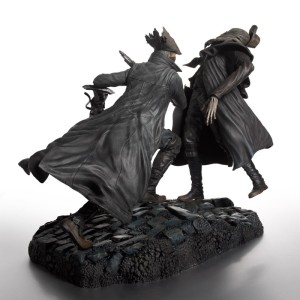 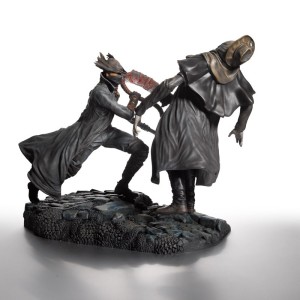 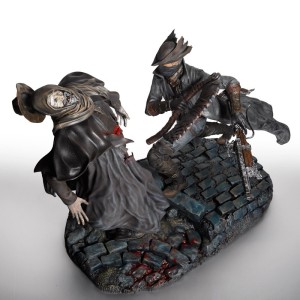 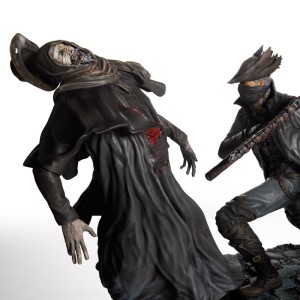 The diorama can be pre-ordered through Sony’s PlayStation Gear page for $220; each purchase requires an initial deposit of $100, which is deducted from the total retail price. Those who decide to cancel their pre-orders can do so within two weeks of purchase for a full-refund; a 20% cancellation fee is charged for those who cancel after the two-week period ends.

An official release date has not been scheduled, however the “Bloodborne Diorama” is expected to release sometime in September 2015. Other Bloodborne merchandise, including a messenger bag and assorted apparel, is currently available to purchase through the PlayStation Gear store.