DOAX3 may have been delayed for quality’s sake, but fans can still check out new features with a brand new trailer for Owner Mode.

With the release of Dead or Alive Xtreme 3 just two months away, Koei Tecmo and developer Team Ninja are continuing to showcase some of the new features coming to the beach-themed spin-off. Xtreme 3 will be the first title in the DOA side-series to release exclusively for Sony platforms; both Xtreme 2 and the initial title Xtreme Beach Volleyball were exclusive to Microsoft consoles- the Xbox and Xbox 360. Both the PS4 and PS Vita versions will feature an enhanced version of Team Ninja’s “Soft Engine” first seen in Dead or Alive 5: Last Round; “Soft Engine 2.0” and “Lite” are capable of rendering real-time skin textures, sun effects (i.e. tanning, sunburn, etc.), and breast physics and deformation.

Publisher Koei Tecmo recently held a live broadcast with Famitsu to highlight Xtreme 3‘s new “Owner Mode”. In the previous installments, the player would receive daily gifts from DOA character Zack, the owner of the “Zack Island” tropical paradise; Owner Mode sets the player as the new owner of the island, tasked with satisfying each of the nine playable characters by offering them gifts or new clothes. For every successful trade, the player gains experience, leveling up their status as the new owner of Zack Island. Owner Mode also has an internal “Raw Clothes Change” mini-game where the player must refrain from peeking at the characters as they change between outfits; peeking results in a loss of experience points.

The trailer below shows both the Hotel and Poolside areas, and the photo-based “Gravure Paradise” (i.e. the “Pool” equivalent from Xtreme 2):

While no official footage of the PS Vita version has been shown in trailers, Koei Tecmo released a series of screenshots suggesting either gyro or motion control manipulation, akin to the PS3 releases of Ninja Gaiden: 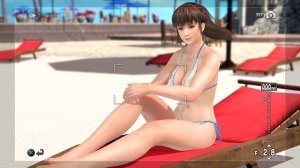 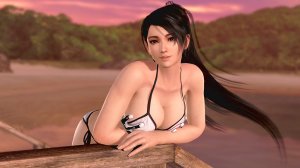 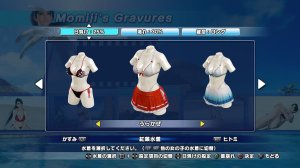 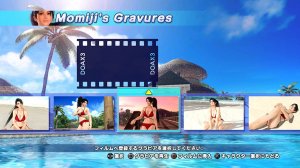 DOAX3 was originally scheduled to release in late February, however the title has been delayed into March to “further improve on the quality” of the game. Dead or Alive Xtreme 3 will release for PS4 and PS Vita on 3/24 in Japan. The game will be exclusive to south Asia and Japan, however both the console and handheld versions will feature English subtitles; DOAX3 can be pre-ordered through Play-Asia and AmiAmi.