Those who missed out on the initial release of Good Smile’s Lucina figure have a second chance at obtaining the collectible later this year.

Last year, sword-wielder Lucina of Fire Emblem: Awakening and Super Smash Bros. for Wii U/3DS fame received her own Figma collectible figurine courtesy of Good Smile Company and Max Factory. At 14cm/5.5in tall, each pre-painted figure was sculpted from PVC and ABS plastic, and featured an array of interchangeable weapons, and a removable cape and mask. The figure was available to purchase for roughly $60, but sold out shortly after its announcement.

Earlier this month, Good Smile announced that the Figma Lucina collectible would be available once again later this year. The re-issued figurine includes a removable cape, two interchangeable faces, a mask, and an alternate hairstyle; additional hand parts can be swapped out for holding Lucina’s sword “Falchion” either brandished or sheathed. 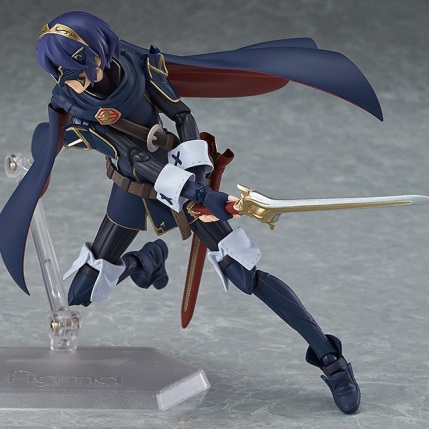 The Fire Emblem: Awakening Lucina Figma collectible figure from Good Smile and Max Factory can be pre-ordered through Play-Asia for $57.99 and other outlets. The figure is expected to release in late-August.