The cosplay-ready Psycho Mask and Buzz Axe from Chronicle Collectibles are now available to pre-order through GameStop.

Texas-based collectible and replica manufacturer and designer Chronicle Collectibles was on-hand at the 2015 GameStop Expo to show off some of their upcoming Borderlands 2 collectibles. Three new items from Chronicle were featured on the show floor in Las Vegas, NV last year- a statue of Moxxi based on her Underdome Riot DLC appearance, and cosplay-ready replicas of the Psycho’s mask and Buzz Axe. The original Moxxi statue was intended to release last Thanksgiving, however due to shipment problems with statues arriving at GameStop locations in pieces, the original statue was scrapped in favor of a new statue featuring her purple coat from Borderlands 2.

Earlier this week, GameStop finally began taking pre-orders for the Psycho Mask and Buzz Axe online and in-stores. At 24.7cm/9.75in tall, 17.8cm/7in wide and with a depth of 14cm/5.5in, the Psycho Mask now includes back-lit eyes and an adjustable one-size-fits-all strap. The Buzz Axe measures in at 59.7cm/23.5in long with a 7.6cm/3in handle; the trademark Psycho weapon is manufactured from a “hard rubber” and features a free-spinning 24.7cm/9.75in blade. 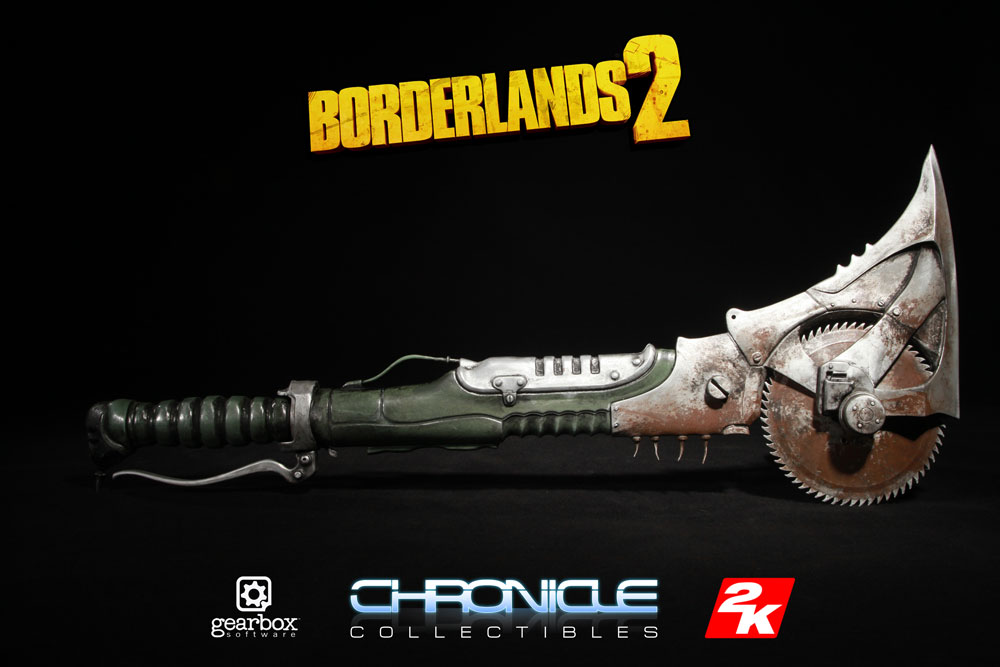 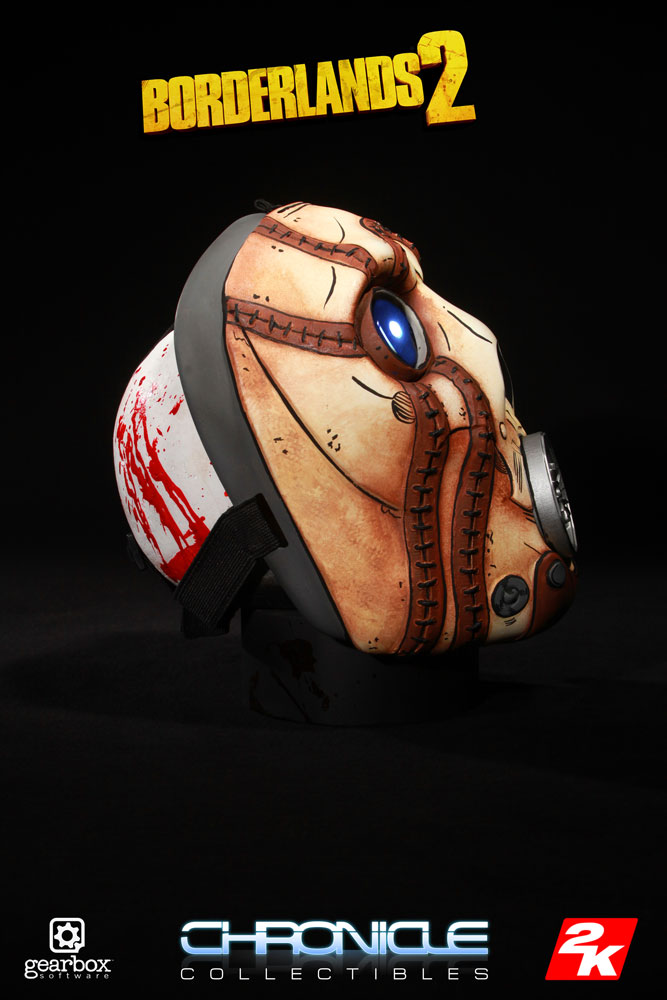 The Borderlands 2 Psycho Mask and Buzz Axe can be pre-ordered through GameStop for $179.99; the two collectibles cannot be purchased separately. A tentative release date of 10/1 is given on the GameStop website.

The previously-mentioned purple-coat Moxxi statue is no longer available to pre-order online, however the Borderlands statue has a tentative release date of 5/31.