Chronicle Collectibles is starting off the Holiday shopping rush with a new Mad Moxxi statue, scheduled to release on Black Friday.

Making its public debut at the GameStop Expo held in Las Vegas, NV, a new Mad Moxxi statue is coming later this year from Chronicle Collectibles. Modeled after her first appearance in the Borderlands DLC expansion “Mad Moxxi’s Underdome Riot“, the 1/4 scale statue depicts the emcee-turned-bartender/mechanic in her signature red burlesque-inspired attire with megaphone in-hand: 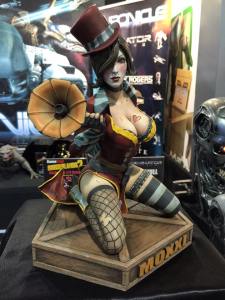 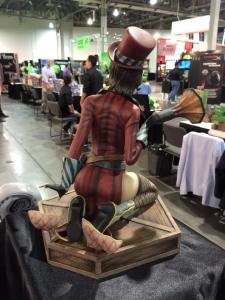 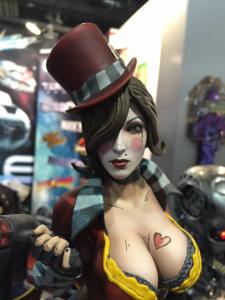 The Mad Moxxi statue is just one product in a series of Borderlands collectibles coming later this year, as the Texas-based collectible manufacturer unveiled a premium-quality hand-painted Psycho Mask and companion Buzz Axe: 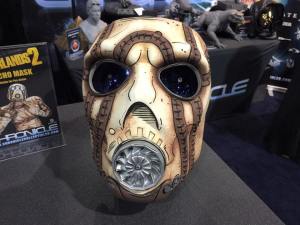 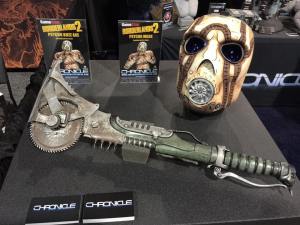 Chronicle Collectibles is based in Irving, TX, and is responsible for producing premium-level collector’s items including a life-sized “Terminator: Genisys” Endoskeleton, replica ED-209 from 1987’s “RoboCop”, and the Anubis helmet from the 1994 sci-fi classic “Stargate”.