Sony’s long-lost mascot may finally return, but with the potential catch of getting the Conker and Spyro “treatment”.

Long before Sony, Microsoft and Nintendo waged war over war console specifications and visual fidelity, video game studios fought for popularity using their mascots; though it can be argued that Kratos and Master Chief are the faces of Sony and Microsoft, today’s marque characters don’t possess the weight of their forefathers of the 90’s and early 2000’s. Sonic the Hedgehog, Donkey Kong, Mario, Spyro and Crash were some of the most prominent characters of the generation; consumers would buy consoles based on those characters alone. While most of today’s trash-talking comes from passionate fans, it wasn’t uncommon to see video game characters downplaying the mascots of their competitors; some of the most iconic examples can be found in Donkey Kong Country 2‘s completion screen, and the classic TV commercial featuring Sony’s Crash Bandicoot outside Nintendo’s headquarters:

Some of the more successful mascots are still around despite being on consoles other than their own, however many have fallen off the radar over the past two decades, including Aero the Acrobat, Vectorman, Glover, Rocket Knight, NiGHTS, and Johanna Dark.

In the recent cases of Conker T. Squirrel and Spyro the Dragon,  some fans may have preferred their beloved characters rest in peace; both characters returned to modern gaming, but only as marketing tools for Microsoft Hololens and the Skylanders franchise. The poster-animal for the original PlayStation, Crash Bandicoot could potentially meet the same fate, as early leaks suggest he could return as a Skylanders character.

Sony and current Crash Bandicoot owner Activision have expressed interest in reviving the character, as confirmed by statements to Game Informer in 2013, and the Crash Bandicoot Easter Egg in Naughty Dog’s Uncharted 4: A Thief’s End. (Naughty Dog was the original developer of the series on the PlayStation and PS2.) Earlier this week, gamers noticed an extra page on the Skylanders Imaginators website in some regions simply titled “Crash”. The tab has since been removed, however Twitter and NeoGAF users “SCL Matt” and “wrestleman” both captured images of the site before the Crash page was removed. The Crash page itself couldn’t be accessed, however it would only appear for the PS4 version of Skylanders Imaginators after selecting Toys R’ Us through the “Find a Retailer” option: 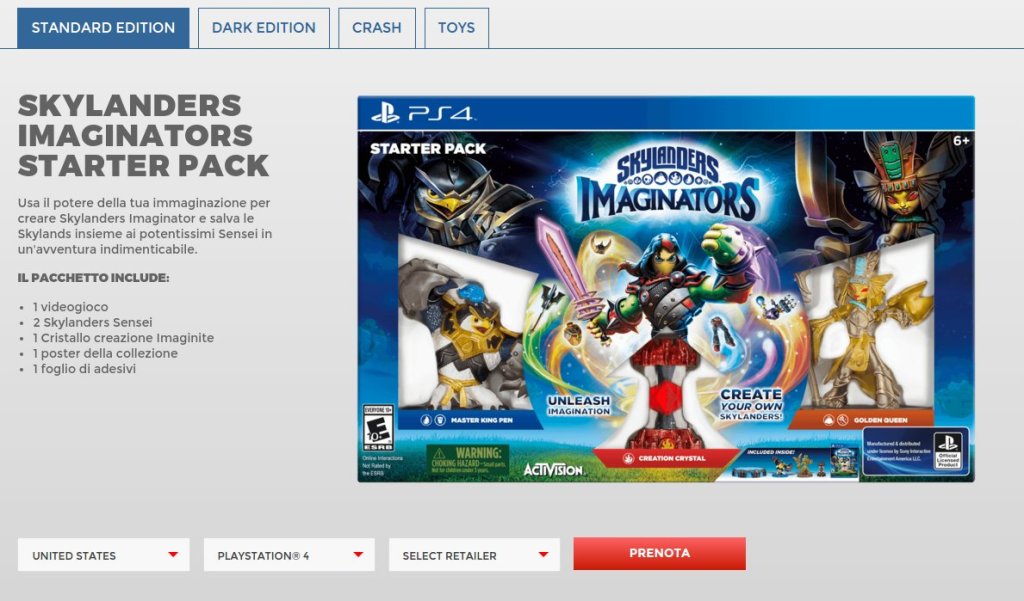 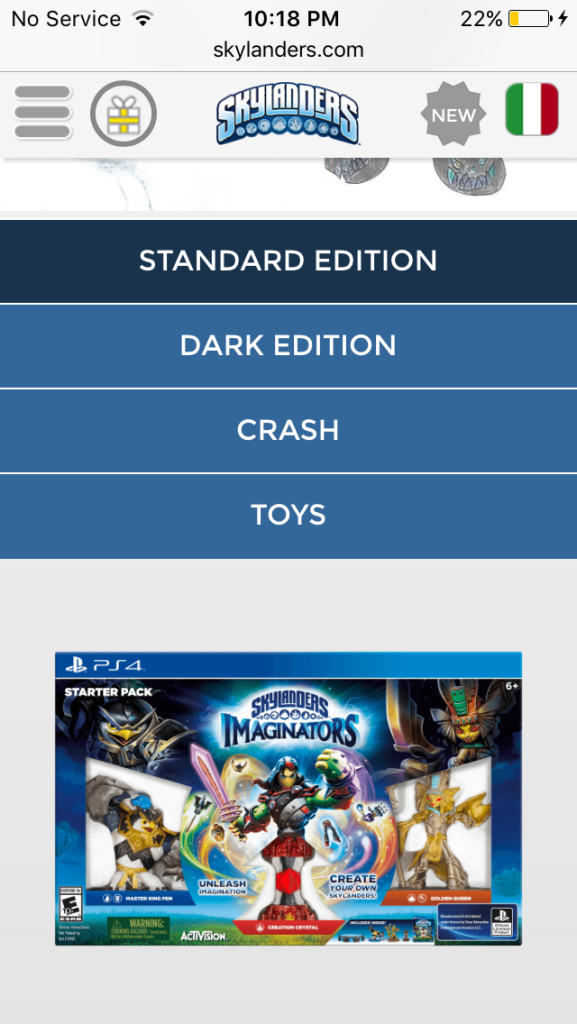 Activision has yet to confirm Crash Bandicoot’s existence as a PS4-exclusive Skylanders character, however an official announcement may come during Sony’s E3 2016 press conference next week.