The third installment of the Guilty Gear Xrd saga debuted earlier this year as Guilty Gear Xrd REV2. Despite what the name suggests, the latest title isn’t a true sequel, so much a stand-alone expansion to 2016’s Guilty Gear Xrd -REVELATOR-. REV2 includes rebalanced gameplay mechanics, new visual adjustments, and additional characters Baiken and Answer; the upcoming installment will also include DLC characters Raven, Kum Haehyun and Dizzy as part of the base game.

Guilty Gear developer Arc System Works recently revealed to Japanese gaming magazine Famitsu that Guilty Gear Xrd REV2 now has an official release date of 5/25 for Japan. The PC version is region-locked through DRM, however the PS4 version can be imported; the PS3 version will only be distributed as a digital upgrade to Xrd -REVELATOR-, meaning North American fans who wish to get a head start can only do so through a Japanese PSN account. 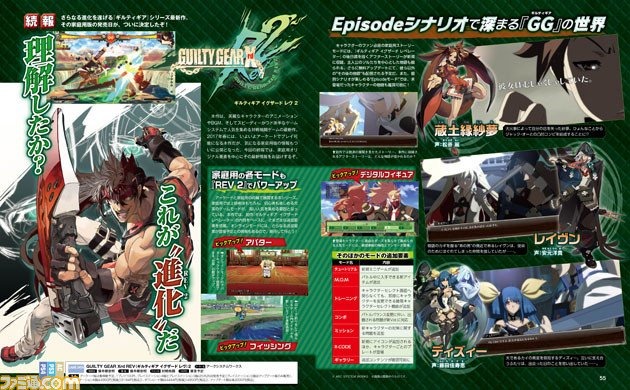 Again, Guilty Gear Xrd REV2 will release in Japan on 5/25 for PS4 and as a digital-only title for PS3 and PC. The North American version will arrive later this year, but a release window has not been announced as of this time.