While the US needs to wait until August 4th for a localized release, Pikmin 3 released July 13th in Japan, and secured the top spot in last week’s video game sales. Pikmin 3 was the highest-selling game of last week, selling 92,720 copies; according to Siliconera, this was roughly […]

Nintendo’s Virtual Console on 3DS is already home to a few Mega Man games, most of which are from the NES “Classic” series; it looks like a few more games will be making their way onto the handheld sometime later this year.

The PAX Australia panel for Gearbox Software just came to a close, but not before letting the audience know that Homeworld will be making a comeback, and that there’s more DLC for Borderlands 2 on the way.

Capcom first revealed its limited edition Mega Man statue a few months ago, but as of an announcement at SDCC earlier today, the Mega Man 25th Anniversary Statue is finally available for pre-order. 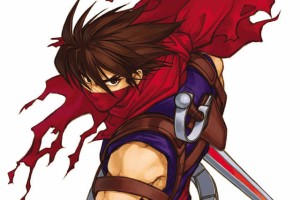 Capcom just announced at San Diego Comic Con (SDCC) that a new Strider game by Double Helix (Killer Instinct for Xbox One) is in development for current and next-gen systems.