Fight dragons, solve puzzles and compete against professional cooks for glory. Welcome to the fantastic world of Battle Chef Brigade.

The Kickstarter campaign for Trinket’s Battle Chef Brigade is officially over, with fans contributing more than $100,000 to the project. 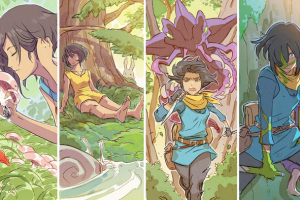 Crafted from 2 cups of Dragon’s Crown, a tablespoon of The Legend of Korra, and a dash of Dekamori Senran Kagura, Trinket Studios has taken to Kickstarter for their competitive-action-cooking-RPG Battle Chef Brigade.