Fight dragons, solve puzzles and compete against professional cooks for glory. Welcome to the fantastical world of Battle Chef Brigade.

Battle Chef Brigade is an upcoming cooking/puzzle/action-platformer/RPG hybrid from Indie developer Trinket Studios. The title first appeared as a Kickstarter project back in September 2014 with an initial goal of $38,000; the crowdfunding campaign was more than successful, with gamers contributing over $100,000 before the Kickstarter’s closure. Though it may not release until later this year, I recently sat down with the pre-Alpha build of Battle Chef Brigade; PAX East 2016 attendees may recognize this as the same demo held on the show floor. The final retail build will feature other playable chefs, however marquee character Mina is the only one present in the demo provided by Trinket.

The demo kicks off with a quick refresher on cooking essentials from Mina’s mother. It was at this point I realized Battle Chef Brigade wasn’t the standard cooking simulator, but an intriguing puzzle game in disguise. Once a pot is placed on the stove, a 4×4 grid will appear underneath. Ingredients in the pantry and Mina’s current inventory are represented as “Taste Gems”; each Gem represents an element- Earth, Wind and Fire- with its own individual Level. As ingredients are dropped into the pot, the player can then select “Boil” and “Stir” to begin the cooking process; Gems can be rotated in groups of 4 in order to match a series of 3 Gems of the same color. As matched Gems are eliminated from the pot, the “Star” rating of the dish will increase. If a series of Gems are eliminated in succession, the player can activate a combo-chain, causing the Star rating to skyrocket; matching Level 2 and Level 3 Taste Gems will also cause the Star rating to climb at a faster rate. The cooking element of Battle Chef Brigade is essentially a fresh unique take on the classic puzzle game Bejeweled. At any point during the cooking segments of the game, players can leave their station to hunt for more ingredients. Mina is equipped with both physical and magical attacks, because naturally everything in nature is out to kill her before it becomes part of a 100-Star dish. Though it may be an odd comparison, Battle Chef Brigade‘s combat could loosely be compared to that of Senran Kagura Burst for the Nintendo 3DS. While the remaining locked characters may feature their own fighting styles, Mina has standard forward strikes, an uppercut and a stomp; her magical attacks include projectile arrows and a whirlwind possessing stun and knock-back properties. Mina also possesses an invincible dodge which allows her to dash through creatures and attacks; while I haven’t truly figured out how the mechanic works, dodging and avoiding attacks will yield better ingredients from animals and plants.

Since players don’t necessarily have to wait for Mina’s individual attack animations to finish, wild and outlandish combos can be performed on some poor unsuspecting wildlife; it’s entirely within the player’s ability to land a 3-hit combo into a launching uppercut, followed by an aerial combo into a stomp, only to finish it all off with a whirlwind magical attack. Overkill…perhaps, but the ability to perform insane attack-strings will greatly benefit the player against some of the larger creatures Battle Chef Brigade has to offer. After a brief introduction to the Hunter’s Guild and the town shopping center, I was given my first true test- a duel against a fellow cook. Veteran cooks Kirin, Thrash, Cezar and Shiv can all be found loitering in the hotel and town; I challenged Kirin and Thrash on previous runs, however the playthrough documented in the screenshots below features Shiv as my chosen opponent. Upon challenging a chef to a cook-off, the player is transported into a grand arena overseen by a tasting judge. A theme ingredient is presented to both competitors- “Dragon” for the demo. Presumably the monarch of the kingdom in Battle Chef Brigade, Kamin gives players a hint towards obtaining the best cut of the key ingredient, and what to expect when encountering the creature in question.

There’s a sudden tension shift once the match begins, as players aren’t just competing beside their selected opponents in real-time, but against an ever-present timer at the top of the screen. While their dish’s Star rating is hidden until the final “Judging” phase, the opponent’s real-time Gem composition is shown in the bottom-right corner. Players are free to tackle their dish composition and hunting methods however they wish, as long as the final product includes the theme ingredient. A mini-boss of sorts, the dragon was housed inside a cave on the outskirts of the hunting area; this was arguably one of the more challenging encounters, as the dragon possesses the largest attack range in the current build. After a suspenseful, exciting bout of hunting and cooking, competitors must present their dishes before the judge, or presumably judges later on in the full game. The dish with the highest Star rating is awarded the victor, with the chef receiving a new item as a prize. Battle Chef Brigade is a unique, engaging take on cooking games that has much to offer from its gameplay and imaginative setting. Early build screenshots hint at more special creatures to battle in the wild, and expanded cooking matches where players simultaneously manage several dishes. With its bright visuals and quirky character designs, Battle Chef Brigade‘s visuals rival that of an early Don Bluth film. There’s a certain fairy-tale quality behind its regal setting, with the colorful world and its slightly familiar oddities (i.e. one-eyed chickens, aggressive pitcher plants, land-based squids, etc.), two-headed shopkeeper and battle-hardened cooks bantering about their days of old. Battle Chef Brigade is certainly shaping up to be the perfect serving of cooking, action-platforming, RPG and puzzle games.

Battle Chef Brigade is expected to release later this year for PC/Mac/Linux; a DRM-free version can be pre-ordered through the official website for $15. 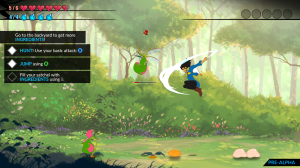 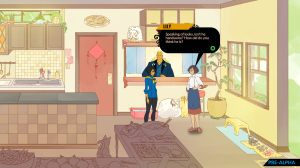 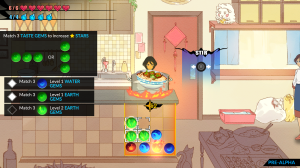 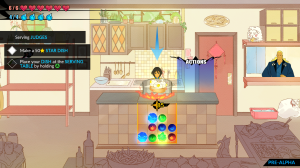 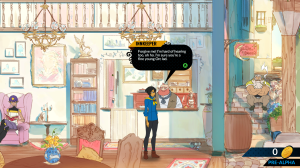 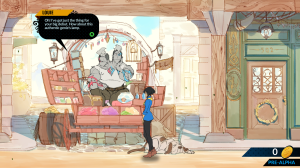 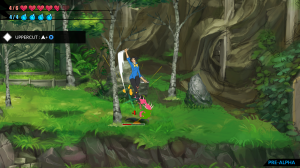 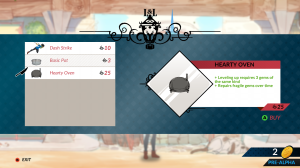 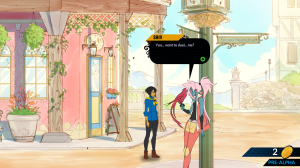 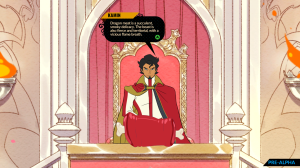 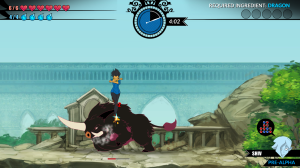 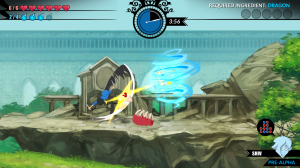 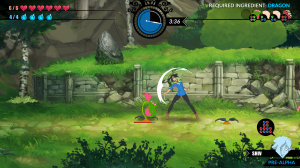 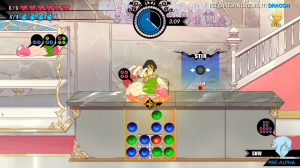 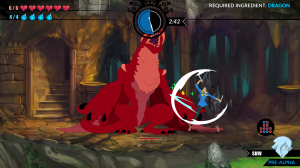 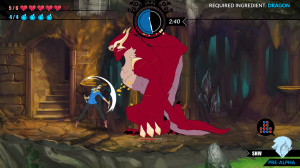 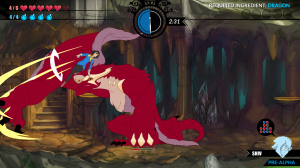 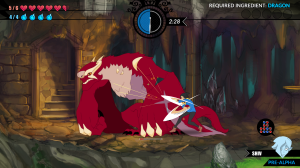 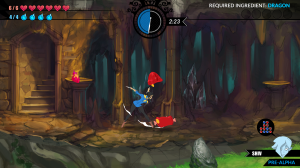 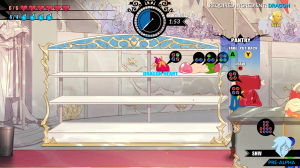 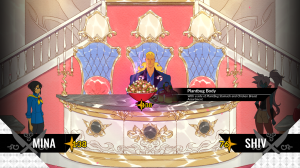 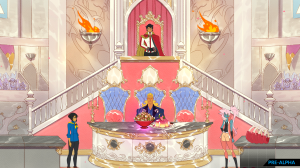 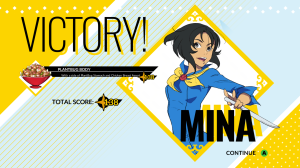