The first figure in the Play Arts Kai Batman: Arkham Knight series is available for pre-order, and is expected to release this Summer.

Square Enix revealed three new figures for their Play Arts Kai Batman: Arkham Knight series at the New York Toy Fair back in February. The painted, not-yet-final collectibles shown at the event were of Batman, Harley Quinn, and the enigmatic new villain, the Arkham Knight; a prototype Robin figure was revealed last Summer, but was nowhere to be seen at NY Toy Fair 2015.

A few teaser images were released earlier this month for the Play Arts Kai “Batman” figure, showing the finalized paint scheme on the caped-crusader. According to various collectible re-sellers, the Batman figure is now available for pre-order, and is expected to begin shipping in late June/early July. Each figure stands at approximately 27cm/10.6″ tall, sculpted from PVC and pre-painted. As with most Play Arts Kai figures, the Batman collectible includes his grappling hook and Batarang, interchangeable hands, and an adjustable display stand. 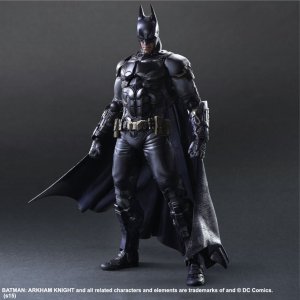 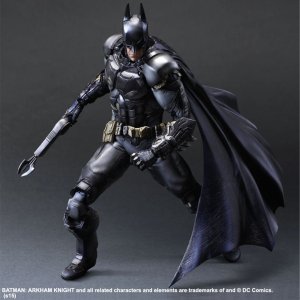 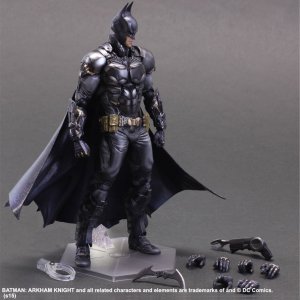 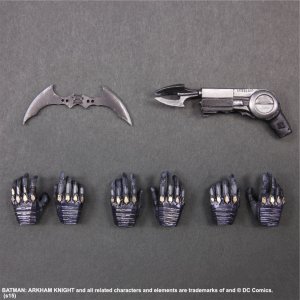 The Play Arts Kai Batman: Arkham Knight “Batman” figure can be pre-ordered for $97.99, and has a tentative release date of 6/30. The previously shown Harley Quinn, Arkham Knight and Robin figures are not yet available to pre-order, nor do they have an official release window.