After numerous rumors of a new core Resident Evil showing up at E3, Capcom’s Resident Evil 7 was officially revealed at Sony’s E3 2016 conference. Though the title itself may get lost in translation, “Resident Evil 7: Biohazard” will be the first title in the series to feature a first-person perspective. While the franchise drifted closer to the Action genre as of late, Capcom promises that Resident Evil 7 will return to the franchise’s survival-horror roots with more exploration and puzzle-focused gameplay.

RE7 is set shortly after the events of Resident Evil 6, with the story resuming in present-day rural America. The upcoming seventh installment will feature new “photorealistic” visuals crafted from Capcom’s new RE Engine. Though some of its gameplay is shown in the debut trailer, PS+ members can download the demo Resident Evil 7: Beginning Hour on PS4 for free; none of the demo content will be in the final release.

Resident Evil 7: Biohazard will release for PS4 with VR support, Xbox One, and PC through both Steam and the Windows 10 Store on 1/24/2017. 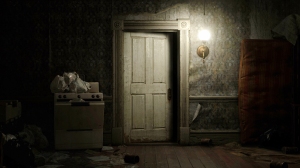