For the ultimate Witcher fan, the “Fourteenth of the Hill” is getting the Prime 1 treatment in the form of a $750 museum-quality statue.

Their products may be outside the common collector’s budget, however Prime 1 Studio offers some of the highest-quality statues on the market to those willing to splurge. Some of their most iconic collectibles include statues of the Michael Bay Transformers and Ninja Turtles, and various incarnations of DC‘s Who’s Who of comics and gaming.

Announced yesterday afternoon, Prime 1 Studio revealed another museum-quality statue for their video game library of collectibles. Joining Geralt of Rivia as the second collectible for The Witcher 3: Wild Hunt is series icon Triss Merigold of Maribor. Believed to have been killed during the Battle of Sodden Hill, Triss is a powerful mage belonging to the Lodge of Sorceresses. Triss often serves as moral compass and occasional love interest to series protagonist Geralt; though a talented healer and sorceress, Triss cannot practice spells upon herself due to her ironic allergy towards magic itself.

Standing at 56cm/22in from the base to the crest of Triss’s head, the 1/4 scale statue is sculpted from polystone with hand-crafted skin and clothing texture. Each statue depicts Triss standing on the corpse of a slain monster, however a limited edition “Exclusive” statue has the sorceress holding a blue flame, compared to the standard’s orange. 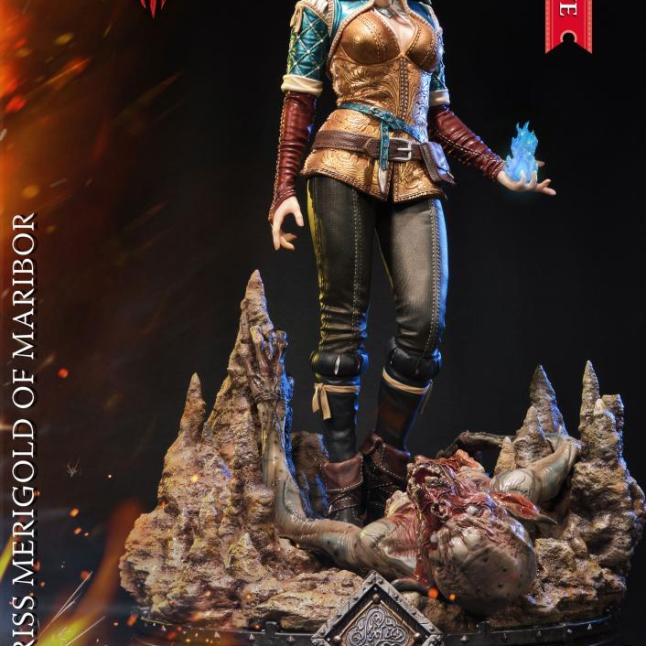 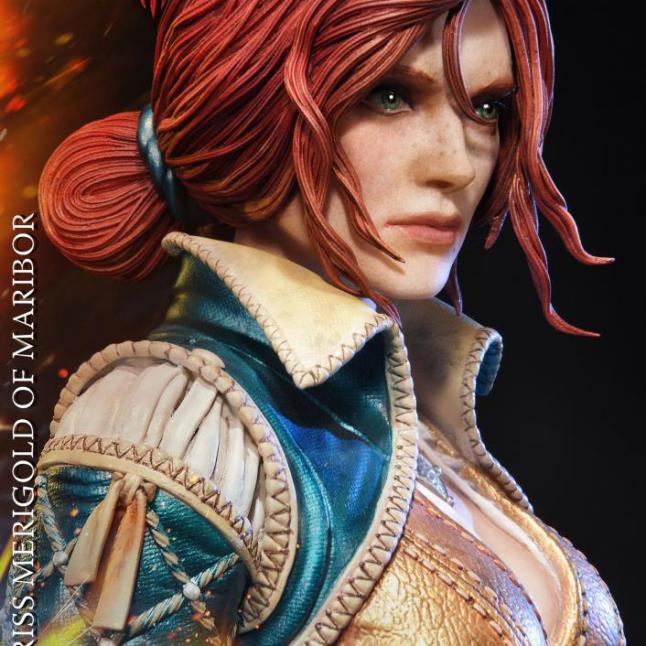 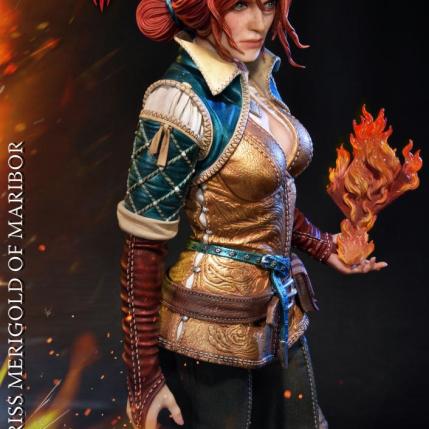 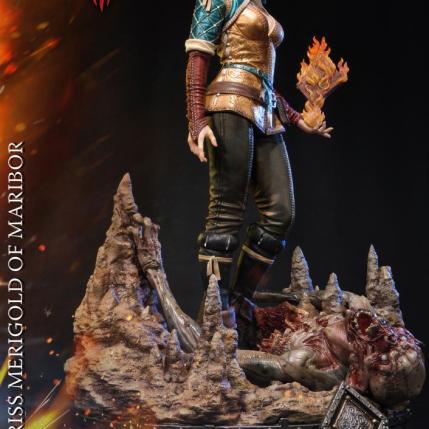 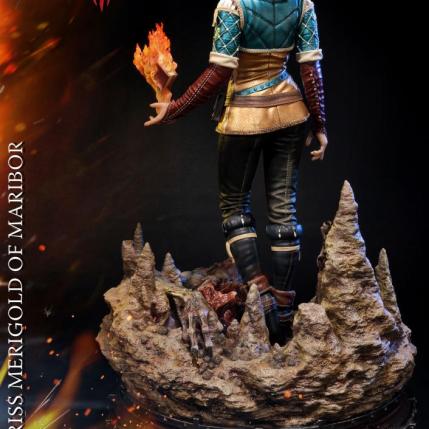 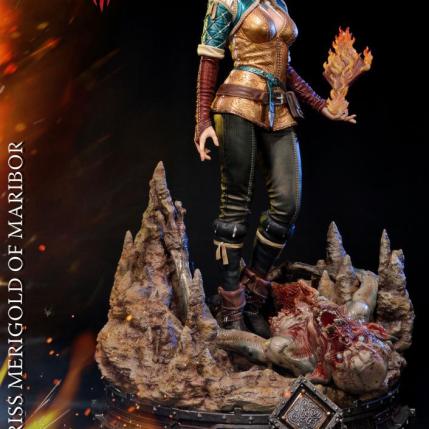 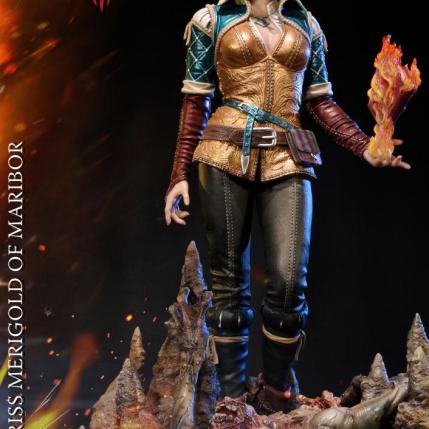 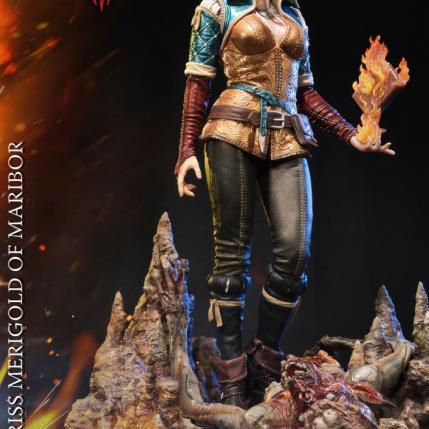 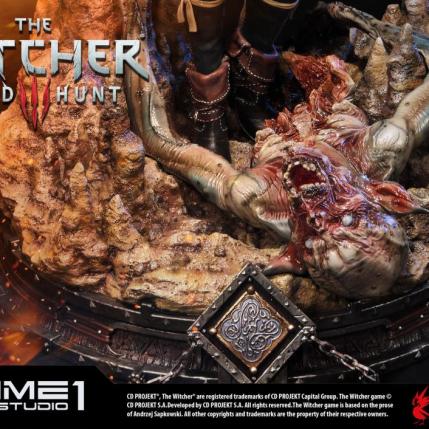 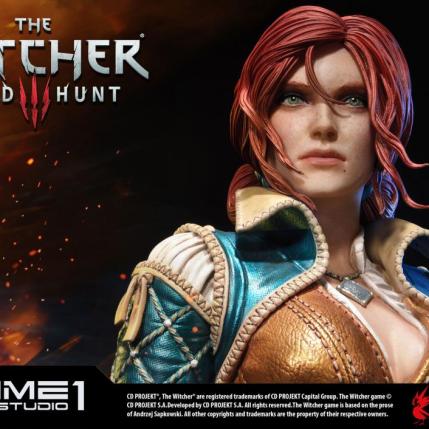 Those willing to miss a few utility bills can pre-order a statue for $749 through the Japanese Prime 1 Studio website, but orders are only allowed for registered users. The 1/4 scale Triss statue will be limited to just 1,500 units- 1,000 standard and 500 for the blue flame Exclusive variant- and is expected to ship in Q4 2017.