Those who missed out on the original Elphelt figure have one more chance to get their hands on the collectible if they’re willing to compromise on the color.

Several collectible manufacturers celebrated the long-awaited return of Guilty Gear with not one, but six new figures- some of which have yet to release. To the dismay of some collectors, a few of the collectibles sold out almost instantly; the Sol Badguy and Ramlethal Valentine figures received limited edition color variants, however the Elphelt Valentine– and original version of her sister- are fetching a minimum price of $170 online.

Guilty Gear fans who are still pining for an Elphelt figure might be in luck if they’re willing to compromise, as Aquamarine recently unveiled a new variant of the collectible. The core physical nature and dimensions of the collectible remain the same, but Elphelt is now wearing the “Color 7” version of her original Guilty Gear Xrd -SIGN– costume: 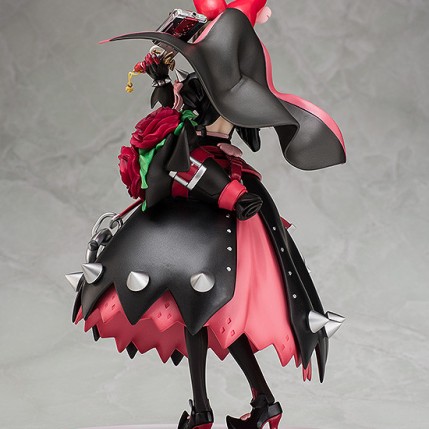 The Elphelt Valentine figure from Aquamarine is not yet available for pre-order, but the manufacturer’s official Twitter account suggests this version will be released in limited supply. Good Smile Company currently has the price listed at ¥14,800/$133.78 before tax.

The latest iteration of Guilty Gear, Guilty Gear Xrd REV2 is currently available for PC, PS4 and PS3; the PC and PS3 versions are only available as either a digital upgrade to Xrd -REVELATOR- or as a stand-alone digital title.