Among the many Metal Gear Solid collectibles of 2015 and 2016, Kotobukiya is introducing their own Bishoujo character statue featuring Sniper Wolf. An expert Kurdish sharpshooter born in Iraq, Sniper Wolf served Big Boss before his death, and joined Liquid Snake and the FOXHOUND unit to exact her own idea of revenge upon the world. One of her most iconic personality traits, Sniper Wolf possesses an affinity for animals, especially wild dogs.

Japanese collectible manufacturer Kotobukiya revealed a prototype Sniper Wolf statue at various events over the past year, showing a standard unpainted mock-up of the final product. Now with its finalized paint scheme, the statue is available to pre-order directly from Kotobukiya or other collectible re-sellers. At 19cm/7.5″ tall, each 1/7 scale statue is pre-painted and sculpted from PVC and ABS. As with the other collectibles in Kotobukiya’s Bishoujo series, the statue is designed with a slightly sexual take on the character: 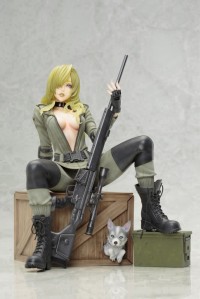 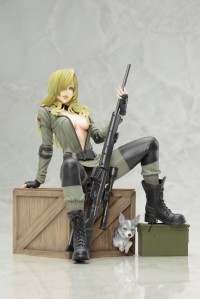 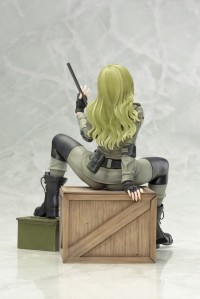 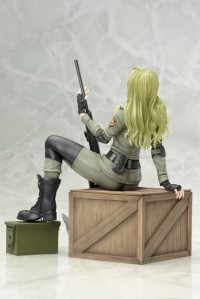