Kotobukiya brought some of their late 2015/early 2016 collectibles to the NYCC floor, including a prototype Sniper Wolf statue and a Metal Gear Sahelanthropus model kit.

Kotobukiya previously announced that Metal Gear Solid‘s “Sniper Wolf” would receive her very own statue as part of their Bishoujo series. A prototype model FOXHOUND’s ace-sniper was shown on the show floor, sitting atop a crate while straddling her rifle. This version may not be final, however the statue depicts the same pose as seen in the early promotional artwork: 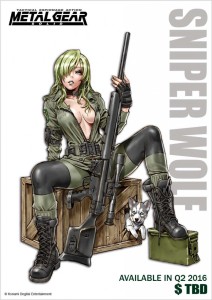 Sentinel isn’t the only Japanese collectible manufacturer bringing Metal Gear Sahelanthropus to life- Kotobukiya recently revealed their own 1/100th scale model kit of the titanic mech featured in Metal Gear Solid V: The Phantom Pain. Much like the Sentinel figure, the Sahelanthropus model kit can transform between its crouching and standing bi-pedal modes. 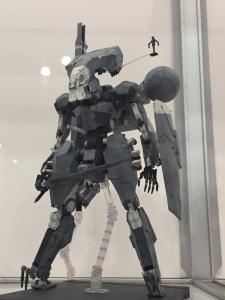 Pre-orders have not opened for Kotobukiya’s Metal Gear Solid Bishoujo Sniper Wolf statue, however the collectible will release sometime next year. The Metal Gear Sahelanthropus model kit can be pre-ordered through Kotobukiya, Play-Asia and other collectible re-sellers, and is currently expected to ship in January 2016. 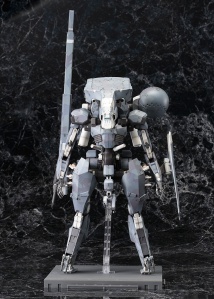 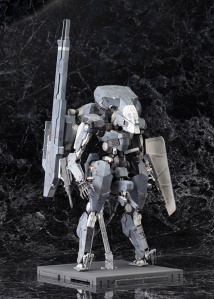 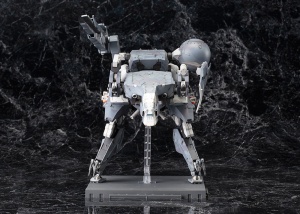 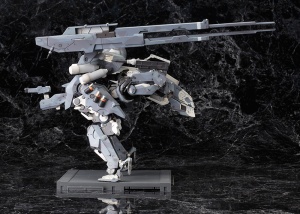 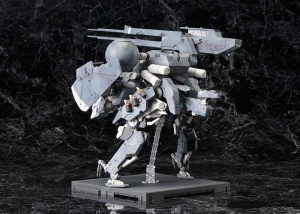 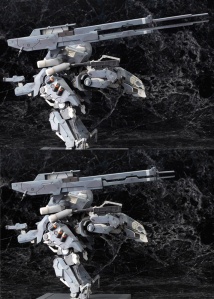