Collectible manufacturer Gecco is taking a crack at MGSV‘s enigmatic sniper Quiet, with a $300 statue expected to arrive this Summer.

The character Quiet was the topic of controversy and criticism during the conception of Metal Gear Solid V: The Phantom Pain. Outspoken activists and feminists trashed Konami and Kojima Productions for the attire of the character, however Producer Hideo Kojima later stated her scantly-clad nature is due to a story-element, being that Quiet breaths through her skin, and will suffocate from wearing normal clothing; through experimental parasitic research conducted by XOF, Quiet absorbs oxygen and nutrients through her skin, as her lungs are essentially useless due to fire and chemical damage. The silent assassin is an unparalleled marksman with extraordinary capabilities; Quiet possesses super-speed and the ability to turn invisible to most optics apart from thermal-imaging. Suggested by Ocelot, both of Quiet’s eyes are dominate “master eyes”, allowing her to shoot with expert precision; two instances include shooting between rotating helicopter blades, and killing a pilot inside a jet while flying at mach-speed.

Square Enix released a Play Arts Kai collectible Quiet action figure last year, however collectible manufacturer Gecco- with partner Mamegyorai- will have their own rendition of MGSV‘s sniper, with a collectible statue expected to release sometime this Summer. The 1/6 scale “Quiet” statue stands at 11″ tall from the base to the crest of Quiet’s head, and is sculpted from ABS and PVC. The highly-detailed collectible includes two interchangeable faces- one with and one without Quiet’s active butterfly face camouflage; her knife and handgun can be removed in exchange for her rifle, which features a detachable suppressor. The display stand is inspired by the Aabe Shifap Ruins of Afganistan, the area where Venom Snake first encounters Quiet. 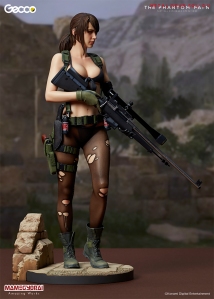 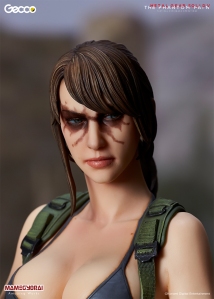 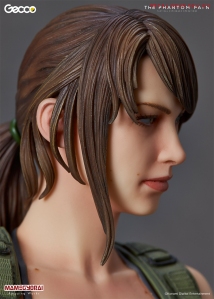 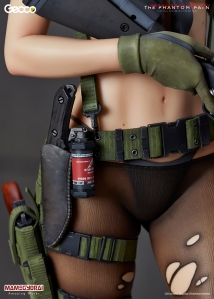 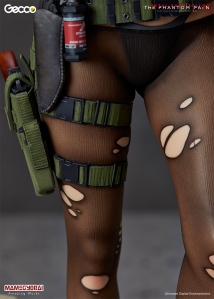 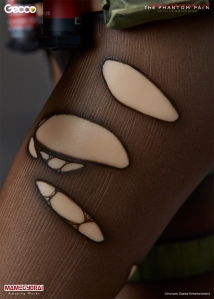 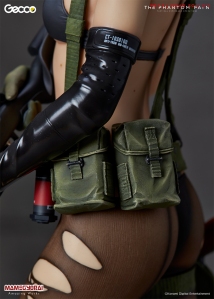 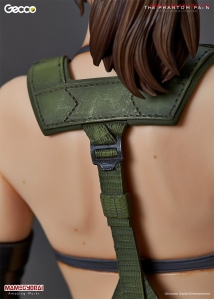 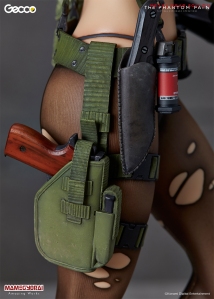 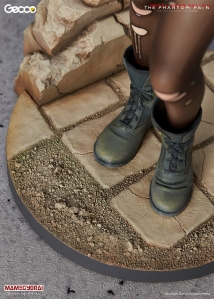 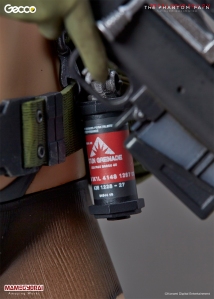 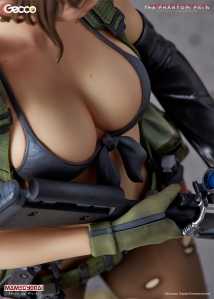 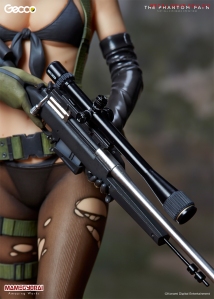 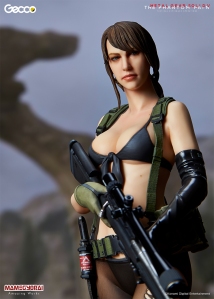 Depending on the outlet, Gecco’s Quiet statue can be pre-ordered for $270-300; the collectible can be found through the likes of Play-Asia, Mamegyorai, and D4TOYS.

The Metal Gear Solid V: The Phantom Pain Quiet statue from Gecco and Mamegyorai is expected to release in late-June/early-July.