Get a sneak peek at the new lobby system and reworked Challenge Mode features in the upcoming console releases of Guilty Gear Xrd -REVELATOR-.

Arc System Works is bringing a plethora of new features to Guilty Gear Xrd -REVELATOR-, including the optional simplified inputs of the “Stylish Mode” for new players, six new characters, new stages, and a new framework for the Network Mode. The sequel to 2014’s Guilty Gear Xrd -SIGN-, -REVELATOR- also features a new series of individual stories for each character, and a brand new omnipresent Story Mode. The title has been available to Japanese arcade gamers since August 2015, however the PS3 and PS4 versions will launch in Japan and North America this Summer.

Developer Arc System Works (internally Team RED) recently released a series of additional screenshots highlighting the new Network Mode Lobby, and a new UI feature added to the former Challenge Mode. As previously reported by Famitsu, Network Mode will now feature fully-3D lobbies; each player has a 3D avatar that can roam freely across the area to interact with other characters, play at a GGXRD arcade cabinet, and participate in a fishing mini-game. The new Lobby system also allows players to actively use any other gameplay mode while waiting for an online match to begin. 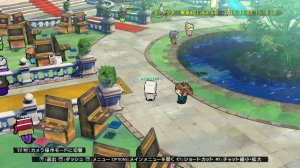 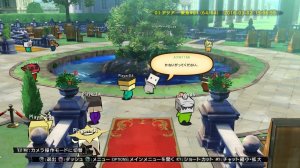 The Challenge Mode from Guilty Gear Xrd -SIGN- will return for the console release of -REVELATOR-, but under the new title of “Combo Mode”. To help players master some of the suggested combos provided by Combo Mode, a new “virtual stick” HUD will be displayed in the center of the screen; the virtual stick will display both the player’s inputs and “correct” combo inputs in real-time.

Pre-order bonuses have yet to be revealed for the North American version, however pre-orders and first-print copies of the Japanese version will include a DLC code to access new character Kum Haehyun. Additional pre-order and launch-day DLC items include the “Additional Color Pack” and “Arrange System Voice”, featuring 5 extra color palettes for each character and optional character-voiced menu settings.

Guilty Gear Xrd -REVELATOR- will release for PS3 and PS4 in Japan on 5/26, followed by the North American release of 6/7. Japan will also receive a Limited Edition version that can be pre-ordered for $109.99, containing a 120-page art book, “GGxBB 2014 Live” 14-track CD, and a Blu-Ray disc containing tournament footage and interviews with top GG players.