No, Let it Die is not ironically dead. The next title from Suda51 will be playable to the public at PAX East next weekend.

Let it Die is the latest unorthodox title from Goichi Suda “Suda51” and Grasshopper Manufacture; the studio is responsible for such cult-classic action games as Killer is Dead, Lollipop Chainsaw, No More Heroes and Liberation Maiden. Partnered with GungHo Online Entertainment, Let it Die is a PS4-exclusive free-to-play survival game with cloud-based multiplayer elements; enemies in Let it Die will react to the player based on the gameplay style of other online players. Once the player is killed, his or her character and equipped gear will be uploaded into a cloud server, and added into another player’s game as an AI-controlled enemy.

Despite the lack of updates from GungHo and Grasshopper, Let it Die will be present at PAX East 2016, with a public demo available on the show floor for all attendees. Three new screenshots were released, highlighting the stylish new UI: 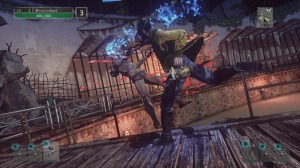 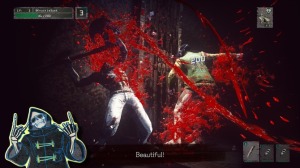 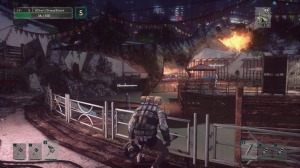 Though some of the core elements remain unchanged, Let it Die originally began as an entirely different title- Lily Bergamo. Announced in September 2013, Lily Bergamo was to be an online Action-RPG, where if the player was defeated, he or she would become a standard enemy in another player’s game. Players would assume the role of Tae Ioroi in a near-future world influenced by Western and Japanese cultures. Featuring the talents of Suda51 and No More Heroes and Fire Emblem: Awakening Character Illustrator Yusuke Kozaki, Lily Bergamo would have released exclusively for the PS4, with a companion smartphone version releasing simultaneously using the same cloud servers. The title was trademarked in North America shortly after the TGS 2013 announcement trailer, however Lily Bergamo was cancelled, and eventually became Let it Die through internal restructuring.

An official release date has not been confirmed, though Let it Die is scheduled to release later this year for PS4 as a digital title.